Skip to content
December 29, 2003 in The West Australian See more stories from this title 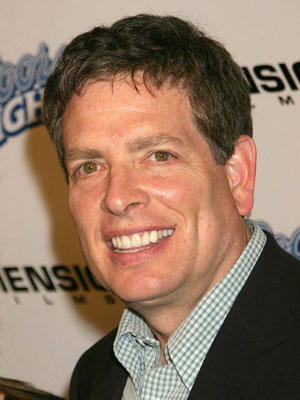 How do you make a scary movie? Don’t ask Hollywood director David Zucker; he’s making a good living right now not by directing scary movies, but making fun of them. After a career in satirical comedies, he’s back in familiar territory with Scary Movie 3.

As a 30 year old, Zucker (together with brother Jerry and pal Jim Abrahams) cut his directorial teeth on the skit-based Kentucky Fried Movie (named after their comedy theatre club). Their next effort was an inexpensive but overt send-up of 1970s airport disaster movies called Airplane (released in Australia as Flying High).

It was 1980’s breakaway smash and set the Zucker/Zucker/Abrahams trio on the path that would see them produce similar films in the genre such as Top Secret and the Naked Gun series.

Now 56 and a master of the ‘I am serious; and don’t call me Shirley’ style of parody filmmaking, Scary Movie 3 proves Zucker’s still got it. And while his style of movie isn’t the higher end of auteur cinema, there’s definitely an art to making one.

Of course, it helps if you’ve got a squared-jawed leading man from Hollywood’s golden era to walk the fine line between Shakespearean drama and sly silliness, and longtime collaborator Leslie Neilsen is as reliable as ever.

Speaking from Sydney on a whirlwind promotion tour, Zucker describes working with Nielsen again. ‘It was like no time at all had lapsed, we just fell right back into it,’ he says. ‘His acting style is very serious and he doesn’t tip off that the joke is coming.’

Nielsen is joined by costars Anna Faris (star of the original Scary Movie films), Charlie Sheen (who proved in the Zucker/Abrahams produced Hot Shots movies that he can hold his own in gag comedy) and a host of cameos from Pamela Anderson to Queen Latifah.

So with so many confident comic actors and a script bursting with silliness, is the set a laugh riot, or do the usual filmmaking pressures tone down the proceedings — even on a comedy this outrageous?

‘It’s kind of a combination,’ Zucker thinks. ‘It’s serious work — you have to get a certain amount done — but it’s a job where you have to laugh. I have to think it’s funny to know whether I can go on and do the next scene, so there’s a happy air about the whole thing.’

Sending up a handful of the most popular films of recent times also takes a very intensive and precise conceptualising method — one we’d all recognise from watching a serious film on TV or video when we’re in a silly mood.

‘We watched Signs, The Ring, 8 Mile and The Matrix,’ Zucker describes. ‘Everybody was collaborating, [screenwriters] Pat Proft and Craig Mazin and our producer Bob Weiss.

‘The jokes just pop up; when you have a movie about a videotape that kills you, you’re halfway there already as far as having that atmosphere of zaniness. Somebody calls out a joke or a line that a character could say, you get a laugh, somebody adds to that and it snowballs, that’s how a scene gets built.’

It’s a method that’s served Zucker well. After honing the craft of over-the-top gag satire for 25 years, he’s one of the undisputed masters, and with Scary Movie 4 already in preproduction, it looks like things will stay that way.