Skip to content
May 12, 2007 in CHUD.com See more stories from this title 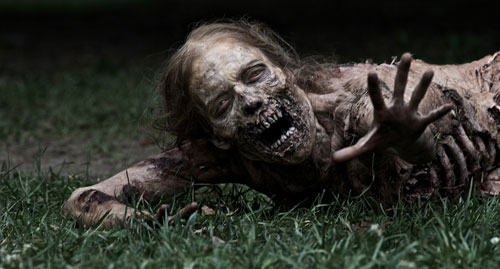 With zombies once more invading cinemas in 28 Weeks Later, it’s time to deconstruct one of cinema’s most endearing figures and ask just why we love the dead…

Filmmakers and audiences love them because we’re never finished telling the zombie story — the science of undead mythology is endlessly tweakable.

To many, the definitive zombie is the slowly shuffling, emotionless cannibal from George A Romero’s Dead series. The only reason Romero gave for the reason behind the zombie plague was vague mention of a space-borne virus. But those old enough to remember (or interested enough in the Lugosi/Karloff era) know original zombiedom was part of voodooism, where Caribbean landowners would raise the dead to work as unpaid plantation labourers.

When Romero decided the zombie would also hunger for human flesh, one of our most dreadful movie monsters was born with 1968’s Night of the Living Dead.

Gradually the zombie became more dangerous. In the technically-superior sequels (1978’s Dawn of the Dead and 1985’s Day of the Dead) they’re ashen-faced from interment, sporting the grisly injuries they died with or decomposing.

They still shuffled slowly so clearing them out of your abandoned shopping mall was a snap. One shot to the brain put them down for good, you just had to come to terms with the fact that running would do no good. Like the Terminator, they’d just keep coming and get you in the end.

Dan O’Bannon’s comic, unofficial Night of the Living Dead sequel Return of the Living Dead (1985) rendered the brain-hungry undead impervious even to a bullet in the head, and Zack Snyder’s 2004 Dawn of the Dead remake did away with the robotic shuffling. Suddenly and even more terrifying, you couldn’t outrun them any more.

Danny Boyle’s 2002 genre buster 28 Days Later expanded the undead back-story. The zombies weren’t strictly dead, they were carriers of a virus that made them not only hungry for human flesh but brutally enraged, spitting blood and slamming themselves at doors to get at you.

There are few more frightening sights than Robert Carlyle as Don in 28 Weeks Later — the sequel to 28 Days Later that’s every bit as scary as the original — when he first contracts the rage virus. In a howling apoplexy of frustration at not being able to reach his children to tear them limb from limb, he smashes himself against a plexiglass window until his mouth and eyes shower blood.

So what makes the zombie so scary? There’s something Freudian in it — the zombie represents the inevitable loss of self (death). The undead look like us, walk like us and go to the mall like us, but they’re missing the one part that makes us what we are, a soul.

Plus, even after we crawled out of the swamps and used our brains to become the dominant species on Earth, a hundred million years of fear of being eaten by predators isn’t forgotten in a hurry.

But aside from all that, remember the last time you had a splinter or paper cut? It hurt, right? Can you imagine how painful people tearing you to shreds with their teeth and eating you would be?

We don’t want to imagine it but it fascinates as well as horrifies us, and the mass cultural expression of that fear might be the lovable, dependable old zombie.