Skip to content
August 7, 2007 in The West Australian See more stories from this title 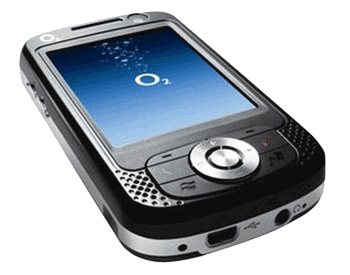 The Xda Atom Life is remarkably similar in form to the Xda Atom The West reviewed about two years ago. It seems to be exactly the same size — about 10.5 by 5.5 centimetres with a 60 x 45mm screen — and the body has the same screen and button layout, albeit with different buttons around the casing and different textural surfaces here and there.

The stylus is now in the top which is an improvement, although it’s hard to put your finger on why (no pun intended) — it’s somehow easier to manage. That fact actually highlights one of the interesting points about smartphones and the dichotomoy between making them as small as possible for ease of handling and as large as possible for ease of use. Usability is not only a subjective thing but very hard to get right, but the Xda Atom has the balance just right, feeling comfortable as both a phone and a data device.

The features that give the Xda Atom the title ‘Life’ are several applications designed to appeal more to the consumer rather than business user. Chief among them is O2 MediaPlus, accessible by a hot button just below the hang up key. It leads to a splash page that leads to all your media and content within the O2 Media Plus application including music, photos, videos, radio and settings.

Whether it was Windows or O2, the compatibility wasn’t great. Several videos and photos we copied to the device didn’t transfer. It has a large onboard memory — 1Gb with a slot for an SD card — and you’ll have a hard time filling it up with everything you have unless you’re a rampant video clip collector or have a music collection that would stretch a late model iPod.

The Windows Mobile operating system has had some cosmetic changes — so many icons and features are jammed onto the Today screen it’s hard to access them without using the stylus, rendering the touch screen somewhat redundant.

It comes with the usual battery of Mobile office applications and settings, but more needs to be done to improve intuitive usability in the software. We weren’t too familiar with transferring an MP3 to the device and setting it as our ringtone, and the process was very convoluted when the easiest way would simply have been to select the track in a playlist and click a button saying ‘set as ringtone’, but not so…

The most irritating downside is that headset jack, which is too small to fit a set of standard headphones. It’s irritating because the headphones are so tinny they make the Xda Atom one of the worst sounding MP3 players on the market, and you can’t attach a better set to get the most out of it.

But as a phone and data centre for a businessperson on the run, the Xda is more than adequate. Downloading email and web content is simple and the phone functions are easy to use and access. Despite passable functionality in several areas, the size makes it a good choice.