Skip to content
August 4, 2014 in The Sydney Morning Herald See more stories from this title 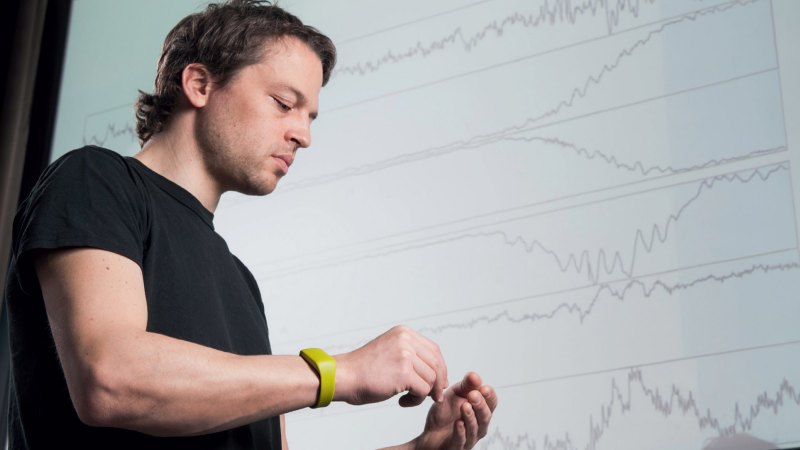 The days of reaching for a notepad, phone or tablet in the middle of the night to scrawl down a note to yourself might soon be over thanks to a system that translates what you write in the air into editable text.

Called Airwriting, it was developed at Germany’s Karlsruhe Institute of Technology and puts sensors that ‘read’ handwriting gestures into a wearable wristband.

It works using similar technology already in smartphones such as acceleration sensors and gyroscopes. They plot an accurate and changing picture of where your hand is in space and report back to a database that contains a vocabulary.