Skip to content
February 1, 2003 in Desktop See more stories from this title 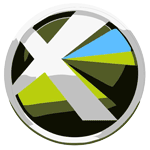 Since the vast majority of printed matter in the world is printed on flat paper, there isn’t much call for a specialist packaging layout application.

With discipline and imagination, most graphic artists (who don’t work in dedicated packaging studios, at least) can use their favourite page layout software to create a standard box or bottle. Your bureau or printer will usually supply a cutting die to design on top of, and if the project is complicated, specialist operators using software more related to CAD are more suited.

For everything in between, and because (according to the manager of the product unit at Quark) there was a gap in the market, there’s Quark Wrapture.

The first thing you notice about Wrapture is that it’s essentially Xpress. If it weren’t for the horizontal (rather than Xpress’ vertical) tool palette, it could be Xpress with a packaging design Xtension.

It’s hard to be objective about the Quark way of working — it’s like asking most adults how easy it is to drive a car. After years of practice, 90% of graphic designers (even those who’ve made the jump to InDesign) know it like the back of their hand and will tell you it’s a snap.

If you’re migrating to Wrapture (or Xpress, for that matter) from other layout software, the workspace is clean, the access to tools and functions easy and a lot less ‘bits and pieces’ than other layout applications trying to be all things to all users.

The lynchpin of design for Wrapture is the baselines. A simple six-sided box — with up to 20 cuts and 15 folds — gets complicated very quickly.

There are two ways of producing the baselines. The first is to import the die as an .eps from your printer or bureau. If Wrapture can’t identify each line as a fold or cut, it assigns properties pretty intuitively.

Even so, each curve can be selected individually and its properties (crease, cut, perforation, etc.) changed in the measurements palette. You can control each fold angle and the folding order so your finished product slots together properly, ending up with the correct faces showing.

The other way is to draw the baselines yourself. Using the usual Quark line drawing tools, the endpoints snap together on the assumption that you want corners joined, then it’s a matter of assigning the correct properties to each line. The completed baselines can be exported at the end of the job as the cutting die.

What makes Wrapture special is the mockup function. At any stage during your design, you can ask for a 3D image of the final product based on your folding order and specifications. While not the animated 3D of Hollywood blockbusters, the image is clear and the rendering engine fast.

Playing with the measurements of the folds or cuts (in the measurements palette with a baseline selected) can give you extra perspective as well. You can assign a different angle to the closing flap so the mockup appears with the lid open, for example. In fact, you can produce the mockup at any stage in the folding sequence, from flat to finished.

Tools inside the mockup window take you as close as you’re going to get to holding the finished product in your hands before it goes to print. You can zoom in and out, ‘swing’ it back and forth on a 3D axis or rotate it in place.

But the best capability of the mockup feature is sharing the experience. From the mockup window, you can export the image as a web-ready .jpg, print-ready .tif, or one of two movie formats.

The Quicktime format produces a short clip of the project folding and closing (from flat to end product) according to the fold order and angle specified for the baselines.

And if your client likes to play at their own pace, you can make a Quicktime VR movie — where the viewer can spin and rotate their image using their mouse.

Being Quicktime, both formats are recognised by web browsers, so you can create a web page for the client to view the static or VR movie. But keep in mind; during testing, a simple package the dimensions of a Smarties’ box produced a 10Mb Quicktime VR file, so all concerned would need pretty serious broadband.

Because of the clever graphics rendering and ease of use (especially if you’re a veteran Xpress user), Wrapture is a great tool. But is it a great product?

Unfortunately, no, and for just one reason. In what seems to be their corporate mission from the days when they had the market cornered (before Xpress was getting dumped left, right and centre in favour of InDesign), Quark have shot themselves in the foot with pricing.

At almost $12,000 not including GST (and no, that’s not a misprint), it’s out of the league of struggling art students and not even on the radar of most advertising or design studios (imagine asking your production manager for a piece of software costing as much as three brand new Macintosh G4’s?)

Only a dedicated packaging studio with very rich clients would be able to absorb the price — perhaps that’s the niche Quark are aiming for.

The rendering engine might be an expensive, labour-intensive system that justifies the price to Quark Corporation, but all in all you’re essentially buying Quark Xpress 4 with a nine thousand dollar animation plug-in. If you’re a graphic designer worth your salt you’ll be able to create basic packaging designs with your usual software and mock them up on paper a lot cheaper.