Skip to content
February 27, 2007 in The West Australian See more stories from this title 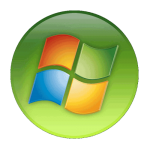 By now everything you read, hear and watch has been blanketed by the Windows Vista marketing juggernaut and if you’ve decided to splash out and be an early adopter, you’ll need to know what to expect both in installing the new OS and getting it running as smoothly as you had under Windows XP.

We started with an eight-month-old HP Pavilion notebook with a 1.73GHz Intel Centrino Duo chip and 1Gb of RAM that was running Windows XP Pro and upgraded it to Windows Vista Ultimate, the full-strength incantation of the new OS and the equivalent of XP Pro under the old regime.

The first decision to make is between the 32 and 64-bit version; the box contains both. The 64-bit is more robust and has stronger security, but many older applications will only run under a 32-bit system, and under the 64-bit system none of your older drivers will work, so you’ll have to source new software for everything from your graphics card to your peripherals. With many vendors slow to issue Vista driver updates, that doesn’t sound attractive.

What’s more, we’re all used to the almost weekly news stories about Windows security flaws, so believe what you will of spin about the better security of the 64-bit version.

Before you start, the install CD invites you to download the Upgrade Advisor, a standalone application that scans your system configuration for its suitability to run Vista. With a clean bill of health we proceeded.

The installer stopped to tell us which programs to we should go back and uninstall so they didn’t interfere with the process. We went back to the beginning to remove the offending software, mostly arbitrary utilities and superfluous demos. The report of the graphics driver not working was however worrisome. Would the screen simply not work with out nVidia GeForce Go 7200 graphics card, or would Vista replace it with a generic on-board driver?

Making the old 40-plus minutes installation of Windows XP seem lightning fast by comparison, the installer informed us it may take ‘several hours’, and while the install automatic install process did take an hour, the various manual steps indeed stretched the whole process out to about three hours total.

After installation, the first issue was as expected the nVidia graphics card. The nVidia website turned up nothing so we downloaded the driver for a later card to no avail. So while Vista worked with it’s own software-based driver, which meant no screensaver, no games and no Google Earth just to name a few.

Naturally, few native Microsoft applications had any problems running, but of the third party applications on our system, only a small number worked without any issue. Others opened but reported errors, unable to go further. Some simply refused to work at all. An attempt to install a new application produced the warning that it was not compatible with Windows Vista.

Back compatibility has been part of Microsoft since the first days following Windows 95, and the fix of opening the properties of an application and assigning Windows XP compatibility mode to it is supposed to correct the problem. It didn’t work in any of our attempts.

The new Windows Media Player didn’t recognise DVDs — once again because of the video card issue — but bizarrely gave us the option of opening the DVD in HP’s native DVD playback suite, which works fine.

The system no longer recognised a mobile phone Windows XP was familiar with and the software failed to find an update for it automatically.

What we can conclude from this attempt to upgrade is that it’s early days. There’s obviously a core of essential applications you won’t have trouble with, but you’ll be unable to use many of the older tools from developers far-flung from Microsoft’s inner circle.

The only time Vista will work 100% is if you buy it pre-installed on a new PC and install only Microsoft applications on it. Over the next six months or so, developers will gradually issue software or driver updates that will put your old toolset back within your reach. If you invest in Vista any earlier, you’ll either have a lot of fiddly workarounds in store or you’ll just have to wait for the rest of the world to catch up.