Skip to content
March 6, 2014 in Zoo See more stories from this title 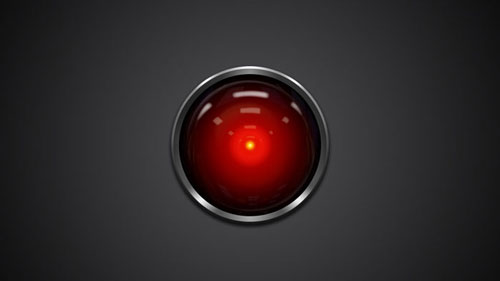 If Scarlett Johansson was your computer operating system, wouldn’t you fall in love with her? Of course, you don’t really get to roll around in bed with her like the hero Theodore (Joaquin Phoenix) in ‘her’ (but then he doesn’t really either, in a scene that’s frankly a bit creepy).

But you might be surprised how close it really is (artificial intelligence, not going to bed with Scarlett Johansson). We spoke to American AI expert Gary Clayton of Nuance Technologies about what we need to make AI real and just how much of it’s already happening.

AI will be software based, and because robotics is a whole other engineering problem, sentient androids like C-3PO or Aliens’ Bishop are still a pipe dream.

Cooler (or scarier) still, so much of your personality exists online because of likes, purchases, contacts and maybe even a recording of your voice, Clayton thinks an AI that sounds and thinks like you do is possible.

What will make it happen?

First a computer needs to hear and understand you (speech-to-text in phones is already common), everything from your choice of words to the tone of your voice.

How far off is it?

Some say it’ll be decades (if ever) before a computer can talk naturally and get to ‘know’ you. Clayton disagrees. “Even in Silicon Valley my guesses are a little conservative. It amazes me how much work is going on, and if I said 10 years even that might be too much.”

Computer processing power, the network to deliver it and the general public not being creeped out. Also enough lawsuits to sink a ship while the big tech companies fight over who sets the standards).

A society of sad losers?

Sydney psychologist Annie Gurton reckons we’re more primed to fall in love with computers than we like to think. The same brain circuits fire up whether you’re loving your girlfriend, your iPad or a beer – it’s just a matter of degree.

We’re also big on attributing human characteristics to animals and inanimate objects, and we do it more the more stimulating the object. Of course, it can also turn bad. “Many marriages flounder because someone can’t give up a relationship with a car or surfboard,” Gurton says.

Will AI turns on us?

No. For one thing, our innate drives for status and power come from our messy tangle of emotion and flesh – they won’t apply to software.

Plus, as Clayton reminds us, there’s a big difference between reading our email and enslaving us in thermonuclear war. AI will only want to kill us all if we program it to.