Skip to content
September 3, 2019 in Cosmos See more stories from this title 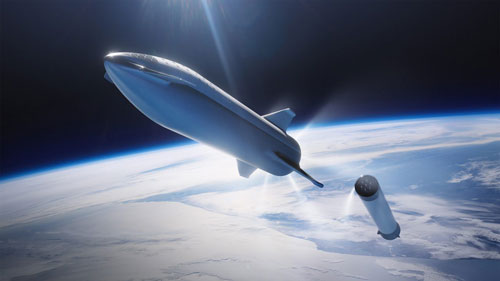 After more than half a century of heavy, dirty and complex fuels taking us to space, there’s been a shift thanks to the new titans of spaceflight.

One of the trickiest things to get right in space flight is the chemical properties of the propellant, and there’s a dizzying array of recipes. First you start with a liquid fuel that reacts with oxygen – of which there are several choices. Some require a second fuel that acts as an oxidiser, and then you need to get the ratios right.

The desired mix depends on the properties and parameters around your craft and mission – different needs demand chemical fine-tuning in the substances that propel them. The Saturn V rocket that carried Armstrong, Aldrin and Collins to the moon used over two million litres of kerosene (also known as RP-1) and oxidiser LOX (liquid oxygen) – almost enough to fill a 50m Olympic pool.

But after a century of rocket fuel research that has looked at everything from RP-1 to hydrogen to paraffin, the industry is turning to a surprising new source – methane natural gas. One of the most abundant chemicals on our planet, methane is finally enjoying the spotlight.