Skip to content
June 22, 2006 in Xpress See more stories from this title 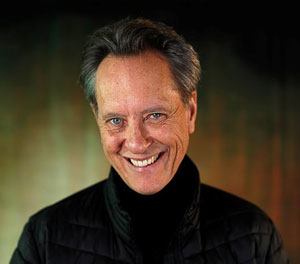 Usually when you ask a filmmaker how they came up with a dream cast they tell a variation of the same story; devising a wish list of actors they didn’t think they’d actually get in a million years before fate plays its hand and they find themselves with just the cast they were hoping for.

Some of the UK’s finest actors including Gabriel Byrne, Julie Walters, Miranda Richardson and Emily Watson would undoubtedly comprise such a list, and we were all ready for a story from writer/director Richard E Grant about how he aimed high and miraculously got everyone he wanted.

Instead, he tells a dispiriting tale of time rolling on while megastars knocked back offers or expressed interest before pulling out, in one case after more than a year. It made for a long and undoubtedly frustrating process for the accomplished actor and first time writer/director as he explained during his Australian publicity tour.

“The lead role was written for a 40-45 English actor and there are only five in England you can get film funding for in that age group. I went to Daniel Day Lewis and he’d just retired. I then went to Colin Firth, Hugh Grant, Rupert Everett and Ralph Fiennes, who took 14 months to decide he wasn’t going to do it, during which time I wasn’t able to send it to anyone else because that’s the protocol of these things.

“Then I had to go up an age range, tried Jeremy Irons who said the part was too unsympathetic, and finally offered it to Gabriel Byrne who jumped at it.”

But surely a star as bright as Grant’s attracted a lot more attention than some film school graduate or bit-part actor? In his 1999 book With Nails, Grant marvels at having worked with names like Altman, Scorsese and Coppola — did he really have to go through the usual movie business hoops?

“What actors do in the name of friendship is they’ll read your script,” he explains, “but nobody will sign up if they don’t think the part’s good enough for them or it doesn’t fit in with their schedule or something.”

So after the writing — which took place in 2001 — Grant endured a punishingly long wait for the greenlight, and it’s been released with the man himself nowhere in sight — not even in a cameo. Was there a reason, as so few directors are shy about casting themselves?

“I don’t like watching myself on screen so I would have cut myself out,” he says quite matter-of-factly.”When you see yourself back it’s like hearing a tape of your voice. As you’re doing it you can believe in it but when you watch it back it’s there as is, with all its faults and shortcomings and there’s nothing you can do about it.”

Wah-Wah’s certainly had any faults and shortcomings stripped out of it, thanks in part to the cast and in part to a story that virtually tells itself.

It’s the end of the sixties and England is granting independence to former colony Swaziland. The crumbling reach of the British Empire is a parallel for the lives of the ex-pats who comprise the story, all of them in and out of each other’s beds, abusing alcohol, their marriages and their families with frightening intensity.

When Ralph (Hoult, the kid from About a Boy in a young man’s body) suffers abandonment by his mother and two years at boarding school, he returns to find his father Harry (Byrne) seemingly a changed man, married to a quick witted, good-hearted Ruby (a faultless Emily Watson) but drinking more heavily than ever as he sees his own worth devolve in a society that’s starting to not need him.

While Ralph and Ruby form a bond and try to control Harry as he goes dangerously off the rails, the toffee-nosed microcosm of British society surrounding them tries to maintain appearances while it slowly rots from the unbearable secrets underneath.

Presumably after spending his childhood growing up in Swaziland, Grant knows what the country looked, felt and sounded like. Memories aren’t usually celluloid though, however in Wah-Wah’s case Grant’s proven himself a skilled filmmaker at transporting us into a very distinctive time and place — using every phrase and landscape to bring it all to life.

Underpinning the cinematic accomplishments is a firmly grounded human story of people you like and can identify with, portrayed by a cast that make it look easy. It’s charming, warm, sad and funny in equal measures, and hopefully Grant will spend more time on the other side of the camera on the strength of it.