Skip to content
July 1, 2002 in Australian Macworld See more stories from this title 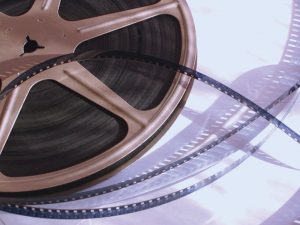 Grab out the old cinefilm of Uncle Brian on holiday in Swansea, the reel of you and your mates in Surfers in ’74 or the precious Super 8 of your own first steps (now that you’re about to turn 50).

The digital revolution is in full swing, but there’s no need to be left out just because your technology hasn’t kept up with the Jones’ (or the Jobs’). Apple’s much trumpeted digital lifestyle gives you the power to share, archive and display your music, films, home movies and photos, but how do the old projector reel films in the shed or back of the wardrobe fit into the picture?

The good news is you can convert them to digital format for downloading straight to your Mac easily and (depending how important family memories are) cheaply.

The first hurdle is that film (which is chemical) is a completely different medium to video (which is magnetic). The analogue (light-based) information of a film exposure has to be turned into a video signal, where it can be digitised.

It sounds easy — you just play from one, and record on the other, right? Unfortunately, the other major difference is that film and video have completely different speeds.

A video image produced to the Australian standard (PAL) is made up of 625 horizontal lines per frame. A video device scans every odd numbered line, then every even numbered line. Each full scan is called a field, so every frame is made up of two fields. Since it takes .02 seconds to scan a field (and therefore .04 second per frame), the rate is 25 frames per second.

Film, on the other hand, is rarely shot at the same speed. If it is, you can transfer in real time (ie project from one and record from the other concurrently).

But usually a film needs extra information ‘added’ so it runs at the same rate as video. It’s done by a process called telecine (see Methods).

As with everything, you can go cheap or pricey — and you get what you pay for. Consider your footage (it might be as precious as old jewellery or war medals) and decide if it’s worth your money to ensure the best quality.

Getting it to your Mac

In the mid 1990’s, Apple devised Firewire, which they say is the cross platform standard for peripheral data transfer technology. With data transfer speeds of up to 400 Megabytes per second, anyone copying large movie files will probably agree with them.

If you have access to just some of Steve Job’s digital hub, you may have a digital camcorder or DV player. If so, ask your transfer service for a DV master cassette — that way you can download it straight to your Mac from the player or camera.

If your house is a digital desert with no access to a DV device, ask for a few CD-ROM or DVD copies for downloading straight to your Mac. Alternately, there are still analogue video cards available into which you can connect your video camcorder or VCR, so if that’s the case, ask for a VHS copy.

A word of warning, however — make sure you get a DV master cassette as well. CD and DVD are no good for long term storage (see box ‘Archiving’).

Then just import the file into your favourite movie editing software like iMovie or iDVD and your old cinefilms can be immortalised on the web or emailed to friends and family for all to see.

Don’t just take your film to a transfer service and tell them to go for it — make sure you’re getting what you pay for. Some businesses use proprietary methods and can’t tell you exactly how they work, but a reputable company will tell you if they’re using a ‘direct’ (ie telecine) or ‘reflective’ method.

Depending on the age and quality of your film, it can also be cleaned first — most large operators will get lint or other gunk off your film. But you only get out what you put in. If your film is scratched, bumpy or stained, your video will be too.

Grading is the term given to preparing the film for capture by video, where colour, shadows and highlights can be adjusted to achieve the best result or even a particular effect. There’s usually a choice of three procedures; grading the film once, at the beginning (from which the entire film is graded), at each major exposure change, or at every shot. Grading is a labour intensive process and your bill will go up accordingly depending on how often through the film you want it done.

The aspect ratio might also need to be adjusted. That’s where the relative width and height of your 8mm movie frame might be 2.5:1, but your final video image might be 1.5:1, depending on your needs. Rather than just squashing or distorting the image, telecine operators can make adjustments.

Finally, extra frames need to be ‘inserted’ in your film image so it runs at the same speed as video (25 fps). The telecine machine achieves this by using certain horizontal line scans of the film field (saved in its digital ‘memory’) to create new frames to place in the film image.

A light is shone through the film the same as in your old projector, and the image is captured by a CCD (charge-coupled device, which digitises an image, converting brightness and colour hues into numerical values one pixel at a time). The output from the CCD is a video signal that can then be recorded onto videotape.

Telecine isn’t cheap, but it’s the best quality you can get. Most of the larger operators cater to TV stations and video production studios so telecine is more suited to 16 or 35 than 8mm. The film is under complete tension for several feet and because of the nature of the process (stopping, rewinding, etc), 8mm film needs more care so it doesn’t break.

Make sure you understand the charges you’re quoted — many prices are per increment of time or length of film, but there are other considerations like cleaning that might not have been mentioned.

A much easier and cheaper way of converting film to video is to avoid the frame rate disparity issue altogether. A reflective method is an enclosed system where the film is projected at a mirror that reflects it straight into a video or DV camcorder lens.

The downside is lower quality (ie you’ll have a second-generation copy). It’s like setting up a tape deck right in front of the speaker of your stereo to record your favourite CD — there’s room for error from background noise and sound loss that a direct system like telecine does away with.

Even though some shonky US companies have marketed themselves as direct transfer services and used reflective methods, there’s nothing wrong with the a reflective system as long as you know what you’re paying for.

Not many professional operators offer reflective services — you’re more likely to find them among sole traders or small video production studios. But if you know what you’re asking for, reputable companies will be honest about what you’re getting and you might decide it’s worth the saving.

An ultra-cheap way is to simply project your film against a clean wall and film it with a video or digital video camera. Some transfer services will do it for you if tell them that’s what you want, and if you still have your projector in the back shed, a DV camcorder and white walls you can do it yourself for free.

Something to consider when you’re converting your old 8mm film is what sort of master (the format after transfer) to ask for. Some formats are suitable for archiving and some aren’t — don’t be bamboozled by terms that sound high quality like ‘digital’ or ‘MiniDV’.

The first thing to know is that the archive copy you need to keep under lock and key is the one you already own — your original film.

Film manufactured in the early 1900s can have most of its original quality (regardless of the standards of quality of the day) — it’s far too early to say whether newer formats born out of the internet revolution will be as long-lasting.

CDs and DVDs are convenient, not durable. Don’t expect music CDs or DVD movies to work in the year 2100 after a century of being left on the floor of the car or falling behind the TV cabinet.

And VHS video’s no better. When video swept the world, the market adopted VHS over Beta because of its lower price and longer recording length. Even though we snigger at Betamax tapes like we do at Telex machines nowadays, Beta — believe it or not — records at much higher resolution.

And all videotape demagnetises with age and the image will probably be all but worthless within ten years — assuming the tape itself has survived that long.

And it isn’t just the age of your master you have to worry about — initial quality depends on the resolution.

The best master to ask for is digital videocassette (which adheres to the Australian PAL standard of 625 horizontal lines per frame). If you transfer your 8mm film to a format that only displays 250 lines per frame, copying it further to another format that displays 625 doesn’t mean lost information will magically reappear.

So don’t let anyone tell you to throw your 8mm reel away once they’ve given you your converted video master. The film will last at least a century, whereas your master (whatever format it is) may not even see out ten years.