Skip to content
May 23, 2015 in Zoo See more stories from this title 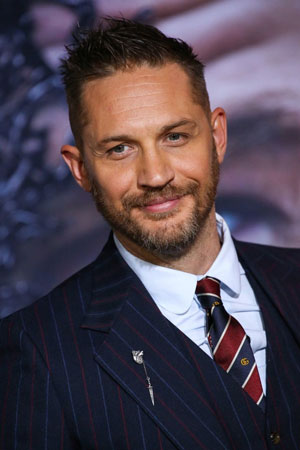 Which was your favourite of the original trilogy?

I’d probably say Mad Max and the second half of Mad Max 2, ultimately because of meeting George and being explained everything in between. We had many conversations about the world and what was really underneath it for him, what it’s all about for him.

So what made you relate to the character? Did the original movie in particular have an impact?

I was too young to see Mad Max growing up, I missed the first movie. The second movie, I was nine or maybe younger, so they weren’t movies I grew up on. I was too young for John Rambo but I was 15 when Platoon came out so those were the films of my younger years. I played catch up with Mad Max as my cousins and uncles and parents knew it.

Is it true there wasn’t really a script, it was all just in George’s mind? How did that work?

Well, it didn’t. There was a lot of frigging pauses. A lot of waiting around saying ‘what happens next George because we’re all here?’

Max doesn’t seem to rely heavily on dialogue. How do you develop a physicality and body language to communicate his story?

That way I physically accepted vulnerability, to know that Max might not make it, like me if I was in his situation. What is going to keep him going? As I studied more about Max you realise he’s not going to give up on life for stubbornness alone.

It took such a long time to make the movie, five years from when you were cast to now it’s ready to come out. What kept you going?

It also took two years to film and three more years have passed since. Was that hard?

You don’t miss out on opportunities like this. If you get invited, you go. Anyone that was on that journey will never forget it, it’s an awesome opportunity, it doesn’t matter when it comes – unless you’re too old, obviously. Go on that journey and if you are good to go, go.

How long were you in the makeup chair?

Not that long, maybe about a couple of hours. Depends what day it was.

Was it mostly scars they were putting on you?

A lot of bulk tans. A lot of orange on my face, a lot of dirt. I went out to the movie with no tan because I’m from London and there’s not a lot of sun, so when I got out there I was kind of pale. But you didn’t want to get tanned because you get a tan over six months then you’d change the continuity so I was as pale when I left as I was when I got there. And we were painted every day, orange or brown turning green and covered in mud and oil. Once they got a look they maintained it.

What stunts or action sequences stick in your mind?

It was very slow and I could’ve stopped it but it caused a lot of damage to my face and I cried because all the war boys were watching, asking themselves ‘why is he doing that?’ We’re on a wire every single day. There was always something you needed to conform to with a harness on.