Skip to content
December 26, 2007 in Xpress See more stories from this title 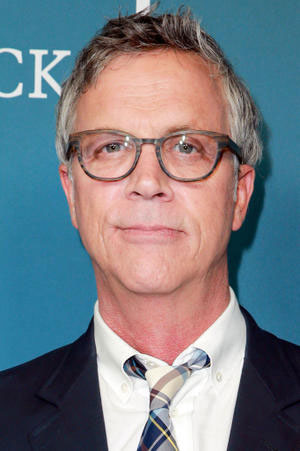 He’s not quite cinema’s L’Enfant Terrible and he’s certainly not prolific, but as Xpress discovered, Todd Haynes is worth listening to when his work does make an infrequent screen appearance.

It takes a very delicate art to balance something that’s subversive but fun. Plenty of filmmakers are in Todd Haynes’ class when it comes to satire. Todd Solondz (Happiness, Palindromes) exposes the ugly underbelly of Middle America. Lars von Trier (Manderlay, Dogville) shines a light on the hypocrisy of American policy. Oliver Stone (Platoon, JFK) methodically documents the claims issued from the power structures of politics and business and the apathy that helps protect them.

But few directors who do so have much of a sense of humour about it. Todd Haynes, writer/director of the iconic Velvet Goldmine, returns to the screen for the first time in five years with I’m Not There, a deconstruction of one of rock music’s most enigmatic personalities, Bob Dylan.

It’s a bizarre movie — half verse, half comment and little narrative thrust. The movie has been crafted in true cinema verite style, strongly influenced by the abstract approach of 1960s French directors who played fast and loose with ideas and weren’t afraid to confound their audiences.

Haynes’ last film, Far From Heaven, was similarly ambiguous. It was set in a familiar world — a Cinerama-tinged episode of Leave It To Beaver with a loving suburban Mom (I’m Not There’s Julianne Moore) who takes care of a working Dad and a couple of cute kids in America’s postwar suburban onset. But the racial and sexual bigotry that underpinned the social make-up of the 1950s simmered just under the surface, barely visible. Although the didn’t contain a word of profanity and barely a raised voice, Far From Heaven cut to the bone of American hypocrisy.

It’s not just I’m Not There that takes a similar approach but Haynes’ depiction of Dylan himself. A straight biopic wouldn’t have done the man (either Haynes or Dylan) justice, so the film shows us iterations of Dylan — inspirations and versions of him played from everyone from 11-year-old African-American Marcus Carl Franklin to Richard Gere as well as everyone in between. What’s more, none of them are strictly playing Dylan himself, but facets of his life and (sometimes invented) personalities from his career, life and times.

It’s a risky move on the part not just of Haynes and his (many) producers but the incredible cast he’s rounded up, which also includes Heath Ledger, Cate Blanchett, Christian Bale and Perfume’s Ben Wishaw.

The reverence not just for the subject at hand but the medium of film itself is evident throughout. Like Tarantino or Fincher, Haynes has laboured over every frame, making sure they convey the flavour he’s trying to capture instead of just pointing a camera at stuff.

If anything, I’m Not There is harder to grab hold of than his other work. But if you know anything about Dylan you’ll know that’s the perfect way to enshrine him in film. He’s a ghost, as elusive as the shadowy Blanchett you’ve seen on the poster, and we leave the cinema with no more idea of what Dylan’s like than we started. To Haynes, that’s the point.

How long has the project been in the works?

This one has been in the works for a very, very long time. The concept came to me in 2000 at a time where I was sort of rediscovering Dylan’s music after many years of not really listening to what he was doing. I initially listened to him in high school but there were a couple of decades there where I was listening to lots of other stuff. Getting back into it was a certain force and obsession at the end of my thirties. That’s where the concept first arose.

We got rights to the music based on the concept and then his life rights, which I never really truly expected. Then I had to do Far From Heaven, which was in development. Then I came back to this in 2003. It really began the research and writing process properly. It took a year to finish all that. It’s just a massive body of work and an incredibly rich era to be looking at. The 60s is the backdrop for Dylan’s strongest era.

Then we shopped around for the actors and we got these amazing actors attached to it and then tried to get the financing together for it. Trying to get the US end of the financing was the real big hurdle, so we didn’t start production until 2006.

How did yours manage to be the only film about Dylan to which Dylan himself has given approval?

It wasn’t a big effort on my part. It was really the concept that made him say yes. I guess he never saw anything like this proposed before — I never had to meet him or pitch it to him, I just wrote it out in a one sheet description. That’s basically all it took.

How did you line up such a stellar cast?

It was another one of those real votes of confidence in this whole adventure with how quickly and effortlessly people climbed on board. I know for instance that Cate [Blanchett] — who said yes right away — had a lot of doubts about it after she agreed to the concept, which is understandable of what I was asking of her. But all of the actors were so keen to joining in.

Do audiences have to be Dylan fans to appreciate it?

No, actually I’ve found that the people who know the most about Dylan have the most swimming around in their head. They’re kind of doing their own sort of check-listing of all of the source material and stuff that’s crammed into the movie. People who know a bit less about him are up for an adventure — they’re not expecting the traditional biopic experience and this film takes them on a ride.

My only advice is to stop worrying about getting the details and the references. It’s not really about that, it’s about painting this portrait of this complex person and its there against this very rich, stuffed-to-the-brim era that he came from.

Why not just do it as a straight biopic?

The concept was in place when I came on board — that’s what they said yes to. The actors agreed, and a multiple character approach, for me, was the reason for doing the film to begin with.

With no straight narrative, it must have been tough to know where to cut. What internal rhythms does the film have?

Funnily enough, most of the intercutting strategies and how the stories would move were in the script. The script was even more intercut than the finished film. It’s also what made the script almost impossible to read, it wasn’t necessarily a pleasurable experience. But I was the one who could picture it so we had a very good idea how the stories would kind of speak with each other when we were shooting it.

If anything, we relaxed with the cutting and let the stories play out longer when they were first introduced in the film so you could get a good dose of each one before we left them and moved on to another one. I wanted a feeling of dialogue between them. Not only did it feels like something Dylan was exploring in his songs during his career but I look back on my own life in the same way, things out of order and things sticking out that reminds you of other things at different points. There’s a dream logic to the way we all look back on our lives.

Each of the stories in and of themselves was straightforward or at least things we’d seen before in other movies. Some of them were really lifted from 60s cinema or various approaches to the biography itself. The ways they’d echo each other and evoke each other was something that was new and I was trying to keep my eyes on.

A lot of people would describe the film as abstract or experimental. Would you agree?

Yes, I think it plays with a lot of experimental structures. But again, all of these things were what I saw coming out of the 1960s, which really was my creative template for the movie. What I love about that period is that all kinds of crazy cultural experiments were taking place. They were taking place in popular music and there was a great enthusiasm for that kind of thing at the time. The audiences didn’t want to see the same old thing anymore.

So there were all sorts of experiments with using black, white and colour in the same movie. It was done with a sense of playfulness and a sense of lightness. I wanted that in the movie and not be overly serious or intellectual, it really needed a sense of play and wit about it. That’s what I hoped.

Your films have all been very different from each other. Do you have a style that underpins them all or is every movie its own animal?

They really are. Obviously all directors probably have their life and obsessions that they can’t shake. That’s true for me. I do love having each one take on a historical tone so I can just dive into it and get to know its specific language, colour palettes and style. Usually I end up studying the film from that time, whether it’s the movies of the 70s for Velvet Goldmine or the 50s or the 60s in this one.

It’s a long time between films for you. Does it just take a long time to get one off of the ground or do you just wait for the right one?

Its all of that — every one feels like the biggest battle of my life and then the next one’s worse. Even when you have had critical success or some box office success it doesn’t make the next one any easier – even when you have actors like these who want to take part and a well-known subject as the subject of your movie.

So no chance of a Todd Haynes action thriller in the near future?

No, I really can’t imagine it. Every movie is so much work and takes so much out of you. It has to mean something to me and be really different and something I haven’t seen before.