Skip to content
January 1, 2005 in Metro See more stories from this title 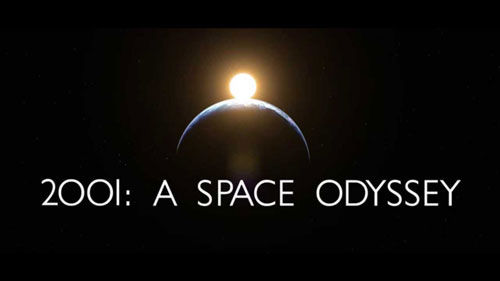 Titles are like special effects — when they do their job, we don’t notice. If something’s wrong, they become all too visible.

Imagine a movie screen circa 1977 showing empty space. Suddenly, a small rebel cruiser zooms overhead, under fire and pursued by an enormous Imperial space cruiser that swoops low over the point of view. At the same time, John Williams and the London Philharmonic orchestra start playing’ Let’s All Chant, by the Michael Zager Band.

See how important the title sequence is for your film? Despite meaning different things to different directors (and audiences), title sequences must work for the production.

Title sequences (if there even is one — 1990’s Robocop 2 had no identifying titles until the end) are varied creatures. Sometimes you see only the name of the presentation. Sometimes, the title sequence is spliced with story or narrative, sometimes it just lists all the principal cast and crew before the story starts.

They can be filmed or digitally animated, simple typography or elaborate effects, with or without music or a combination of all the above.

Some titles are institutions in themselves. One of the highlights of a James Bond movie for many is the dream-like title sequence of lavish imagery — almost as if we’re entering Bond’s mind.

There also seems no rhyme or reason to what suits a particular genre. A Beautiful Mind featured white on black text naming the director (Ron Howard), producer (Brian Grazer) and title. Spiderman began with a sweeping animated sequence of webs and cityscapes featuring cast and crew members.

So how do you make the best title sequence for your production? The first question to ask is; why have titles at all?

What are Titles For?

As Jackie Allison, design producer of Sydney post-production and effects wunderkind Animal Logic explains, the most important and obvious job of a title sequence is to put us in the director’s headspace.

“It’s good to have a sequence that gets you in the mood,” she says, “In that thirty or sixty seconds you should get a snapshot of how to feel. If it’s done right, the viewer will be brought into the movie really quickly.”

Anthony Battaglia of Box Communications — whose work with director David Caesar includes Dirty Deeds — thinks effective titles mark the point in the audience’s minds where it’s time to shut up and watch.

“A lot people start talking in title sequences because there’s nothing happening and they’re not really interested,” he says, “Most titles feel like a commercial break. The way we work is to not give them [the audience] that distance but really draw them in.”

Successful freelance film designer and film maker Janet Merewether expands. “In a practical sense it’s an audience settler,” she thinks, “It takes them from the foyer or candy bar to a more contemplative space. There’s a literal bridge in time where you want to establish the mood of the film.”

But remember that film titles are a comparative luxury — your audience have paid good money, presumably know what they’ve paid to see, and have no remote control.

TV is a slow starter’s worst nightmare. As Gary Shepherd — Editor, ABCTV Perth — has to keep in mind, time is against you. “In a half hour program you’ve only got so much time to portray the story,” he says, “even less on commercial TV. Often the titles of a TV program will be an identifier because you might be in another room and hear the show starting. After the title track, the titles are usually appearing and the story’s already underway.”

But, warns Suzanne Browne of Sydney’s Zealot Productions, an identifiable title design (including the soundtrack) can work both ways. “In designing for TV, hopefully people are going to see it lots of times, so you don’t want anything that’ll end up annoying.”

Title sequences also have legalities you might not have to consider if your stars are film school friends and the dog. But if you reach the stage where you’re signing Baz Luhrmann or Cate Blanchett, agendas will creep in and your titles will be affected — another reason title sequences evolved was because of contracts stipulating that certain people had to be credited.

In short, titles have to fulfil their obligations (legal or creative) and serve the unique purpose of presenting your production faithfully.

How do you start?

The title design scene generally isn’t pretty. For one thing (as one film designer reports) the ‘big guys’ offer title design as incentives to sell their effects and post production packages, often leaving them until last to concentrate on the services they make their name for.

Plus, a lot of producers and directors simply fail to see the importance of opening title sequences.

“The worst thing someone can say is ‘I’ve locked off the film and left ten seconds blank, now you can do a title design.'” says Janet Merewether, “If you’re just filling a gap, you can’t play with the structure, pace and overall feel.”

Two pieces of advice all the experts agree on unanimously are; know the project and get in early.

A self-produced, low- or no-budget film maker knows their own production best, but there may come a time when you need a production designer to interpret your vision and create titles.

“It’s a conceptual process,” Merewether explains, “I work from scripts and conversations with directors and producers. Often I’ll get a camera or video camera and do a storyboard based on those conversations.

“Before I even think about typography I’m seeing what the producer or director wants the sequence’s style, colour or music to achieve.

“A lot of title designers are graphic designers, but typography is only one component. There’s plenty of 18-year-olds who can use Photoshop or After Effects without having any input into the film’s language or structure.”

Box Communications’ Battaglia agrees preparation is the key. “It’s like doing a short film in itself,” he says, “Traditionally it’s done at the last minute, but we try to get involved really early, read the script, even pre shoot if possible.”

Just because you’re filming friends and relatives on your camcorder with no budget and unlimited time, don’t stop thinking of titles as part of your film — not something to be tacked on from cuttings on the editing suite floor when you’re finished everything else.

Your title sequence is as important to conveying your story as the sets, costumes or script, so treat it accordingly by getting it underway early. You might not be working on a mass market production with financiers looking on, but it’s good practice.

If you’re filming rather than compositing or animating a title sequence, you’ll only have to get the whole production back together again — a potentially crippling (if not impossible) expense in commercial film making. And plenty of film professionals fall for the same trap and have to make do with the old white on black type.

“Plan the film’s opening before you start shooting,” advises Zealot’s Browne, “It’s much more economical to shoot the title sequence at the same time as the main shoot (if you’re using live action). You can play around with fonts and effects later.”

Janet Merewether goes even further back — something that should come naturally if the production is your baby. “Think about how you’re going to start the film when you’re writing the script,” she says, “The director should have an idea how they want the audience to slip into the film. Don’t just chuck it together in post-production.”

George Lucas isn’t wrong about digital, he’s just early. Not only are there only a handful of digitally equipped cinemas in the world, but too many people love the clarity of film.

As a newcomer, it’s too easy to get wrapped up in the excitement of how easy iMovie or Final Cut Pro make editing (including titles). But it’s actually more expensive to slot a digital sequence back into your finished film — on average, $5 per frame.

Financially at least, you’re much better off creating your title sequence completely in camera — there are interesting things you can do with typography that aren’t effects-driven.

Plus, as Animal Logic’s Jackie Allison cautions, don’t just use the technology because it’s there. “The hardest thing is to make something look simple,” she warns, “If it’s a good concept, then the titles have done their job really well. The viewer should be captivated by the idea and the concept, not the technique used to produce it.’

As films from Citizen Kane to The Blair Witch Project have repeatedly shown, low budget doesn’t equal cheap. You know your intentions, the script and the look you want on screen. Apply the same knowledge, care and creativity to your title sequence, and your audience will be sold before the show has even started.

Description: Vertical lines of computer code trickle down the screen, letters falling into place to reveal the title.

Description: A cartoon Inspector Clouseau tracking down the Pink Panther throughout the onscreen titles to the signature music.

Description: A catalogue of psychosis. The killer meticulously planning and recording his crimes, filmed on gritty stock with a soiled, jaundiced colour. Full of overexposure, misalignment and menacing industrial-style typography. Accompanied by the disturbing alternate introduction to the Nine Inch Nails ‘Closer’.

Result: Inside the mind of a maniac.

Description: Huge typographic elements floating in the skies of New York with realistic light angle effects and shadows on buildings.

Result: More technically impressive than related to the story.

Description: The title and straplines for principal cast and crew are made to look like old silent movie titles, displayed from within the red curtains of the stage.

Description: A hand writes the titles on a yellow legal pad.

Result: Quite simply, we know we’re dealing with a writer.

Description: The same white typeface on black, the same sequence of cast and crew, the same ragtime and big band music. Could almost be termed branding.

The titles are spoken by cast member Julie Christie as the film begins to unfold.