Skip to content
October 10, 2012 in Moviehole See more stories from this title 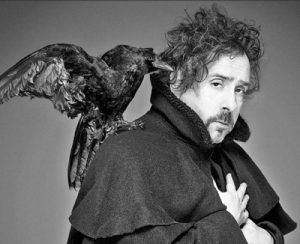 In 1984 Tim Burton made a short live action film about a young boy who resurrects his dog – Frankenstein-style – after the beloved pooch is struck by a car. As soon as he finished it he left the employ of Disney animation studios. Coincidence?

If not, it wouldn’t be the first time his dark, gothic vision would see him ousted from projects. After 1989’s Batman was such a smash, Warner Brothers gave Burton the keys to the kingdom to make the sequel. 1992’s Batman Returns looked more like Sleepy Hollow, Corpse Bride and many of his later films than a comic book superhero. Audiences were slightly weirded out and Warner Brothers let co-producer Jon Peters fire the big-haired wunderkind. He then installed a director who’d make Batman the action-oriented, gun-toting vigilante he wanted from the beginning, and we all know how that ended up…

After the billion-dollar haul of 2010’s Alice In Wonderland (only the second film to do so), one can imagine Disney executives sending gift baskets to Burton’s house daily begging him to come back and do another movie – any movie – for them.

It’s nice to imagine he chose a feature length Frankenweenie out of a long gestating desire for revenge, but it’s more likely Burton just loved the world, drawings and characters he’d created so long before and wanted to explore them more fully. So the world’s first 3D, stop motion animated black and white film is finally here, but the first thing everyone wants to know is whether there was any recriminations over the almost 30-year old dismissal.

Can you talk about Disney firing you for the first Frankenweenie being too expensive and scary?

That sounds harsher than the reality. A, it didn’t cost that much. B, it wasn’t that scary and C, did I get fired? Let’s put it this way, I no longer kept working with Disney at the time. It wasn’t like I was in a big office with an executive saying, ‘It’s too scary, it’s too expensive, you’re fired!’ It didn’t happen like that.

How much of your own childhood can we see in Frankenweenie?

It was a memory piece, for sure. It’s hard to think of any other project where I would’ve gone back and revisited but also expanded on my own life. I went back to the original drawings I did and then started to think about Burbank, where I grew up, trying to make the architecture more like that. I tried to remember everybody I grew up with, the teachers and the kids.

So it was fun to link everything to a certain type of movie that I liked, with the environment and atmosphere I remember. All those elements, being to be able to do it in stop motion in black and white and 3D made it feel like a whole different project.

Was Sparky the dog one element that you bought from your childhood?

Yeah, that’s always your first relationship. If you have a pet it’s a very strong connection because it’s so pure and unconditional. My dog had distemper, which meant he wasn’t supposed to live very long. He ended up living a long time but I remember feeling it wasn’t going to last very long, so that’s where the original idea came from, that feeling of connection but also the feeling that there’s going to be a loss. That’s where the whole Frankenstein idea came from, the idea of keeping something alive or bringing something back just seemed like a very natural fit for those two emotions.

Isn’t the topic a bit heavy for a Disney movie?

People forget that any fairy tale or fable explore themes of death. Look at Disney with Bambi. Look at The Lion King, the father dies and the uncle’s going to kill the kid, and that was G rated! And when you’re a kid, at some point you have to deal with it whether it’s a grandparent or a pet or whatever. It’s abstract and strange and that’s why I felt actually quite good about Frankenweenie, it explores those themes in a slightly more fantasy and positive way. I always feel comfortable because kids are pretty smart.

What do you like about stop motion animation and how does it help get your particular vision across?

There’s a certain handmade quality and there’s a certain thing about animators taking an inanimate object and making it come to life, just like Frankenstein himself. There’s also something quite beautiful and crude about it at the same time.

We didn’t want it to be too slick, we wanted it to feel like it was stop motion animated. Nowadays I think you can get to the point where you almost don’t know if something’s stop motion or computer animated, so it was important to maintain the slightly crude quality stop motion provides.

How do you maintain your child-like outlook?

It’s important as you get older that you remember what those early feelings were because they’re all new, that spirit of looking at things in a new way. You need time to just think – that’s why I don’t go on the internet that much, I’d rather just stare out into space or look at clouds sometimes.

Because kids of today love your movies, is that a demonstration that they know how to appreciate old horror movies?

People always love horror movies. They’ve been around since the beginning of cinema. If you look back even before movies to fairy tales, they’re always scary.

Are you thinking of the audience when you make a film?

That wasn’t quite the target audience…

No, but kids know what they can take and what they can’t. Some kids like it, some kids don’t. Even with Nightmare Before Christmas people told me it was too scary for kids. Well, plenty of tiny little kids love it. As you get older you start to freak out and worry about everything and you forget that when you were a kid you knew what you could handle.

Can you talk about working with Winona Ryder again after so long [the pair last worked together on Edward Scissorhands in 1990]?

I just love Winona, I’ve worked with her for a long time. And it was nice to connect with people I love and have worked with before, so Winona, and obviously Catherine O’Hara, Martin Short, Martin Landau. But Winona’s great, she’s still got the same gravity and it was really nice to see her.

Do you feel more comfortable working with the same people so often?

Sometimes, but working with new people is fun too. Half the people in Frankenweenie were new, half I’ve worked with before. I mean, I don’t make decisions about who I’m going to work with based on whether I’ve worked with them before, you just have to try and get the people who fit right.

Do you ever want to really break out of your usual style and the horror motifs you so often use and make a movie people won’t straight away be able to see is one of yours?

I never really think too much about me as a thing. I avoid thinking ‘this is my style, this is what I do, this is what people expect’. None of that thinking is good or helpful It’s like in my drawings. I can’t really change the style of the way I draw. I don’t know if I can change because I don’t really think about it.