Skip to content
August 19, 2015 in Rolling Stone See more stories from this title 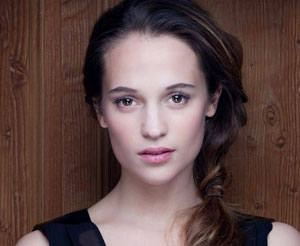 Alicia Vikander might be the hardest working new actress in Hollywood, appearing in no less than six movies this year. Next up is Guy Ritchie’s The Man From U.N.C.L.E., in which she plays the linchpin of a spy plot in the swinging Sixties, a part the 26-year-old hopes adds to the recent crop of meatier roles for women.

“Movies with strong women leads like The Hunger Games have proven over and over again that female leads in big movies attract big, big audiences,” she offers from the U.N.C.L.E. set in Rome.

The daughter of a stage actress, the petite 5’5″ Vikander fell in love with performing herself, training in ballet and touring worldwide. After an injury in her teens cut her career short she turned to acting, appearing on TV in her native Sweden.

As for whether acting is easier than ballet, she says: “No, it’s just different. The hard work is still there; the actions may be different but the actual body and mind work is just as hard.” It turns out acting can be equally as punishing as ballet. “I have some bruises and things,” she says of the U.N.C.L.E. shoot. “What I love the most are the car stunts.”

“I loved the script because the action is actually not driven by physicality but because of the dialogue,” she says. “In [U.N.C.L.E.], I’d never done an action packed comedy so I was both terrified and extremely excited.”