Skip to content
February 2, 2022 in Redshift See more stories from this title 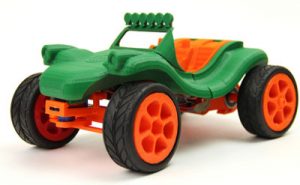 3D printing has gone through many phases and has two main expressions: consumer and industrial. Here are ways to troubleshoot the former – and what’s next for the latter.

3D printing was first imagined at the close of the Second World War and transformed into a viable part of the manufacturing industry in the 1980s. The technology became part of the zeitgeist in the 2010s with the introduction of inexpensive desktop 3D printing, a technology that was supposed to upend the entire relationship between designing and making. There was just one problem: the results sucked.

3D printing, or additive manufacturing, was always a great idea. Heavy manufacturing has made it work at scale, though it still has far greater potential to explore. And the practice of consumer 3D printing lags behind other transformative digital-era technologies like social media, ecommerce, or cloud computing.