Skip to content
December 1, 2006 in Books & Publishing See more stories from this title 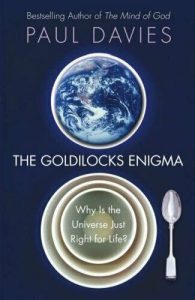 If there’s such a thing as popular cosmology, renowned physicist Paul Davies is the standard bearer. He spoke to Drew Turney.

The ability to understand why space is curved, why gravity affects time and why there may be more than three dimensions is impressive by any measure, but such abstract reasoning might not be Professor Paul Davies’ most important skill.

By his own admission, people approach him on the street to tell him his work has transformed their lives, so maybe it’s bringing such bizarre realities to life for millions of readers that’s his real talent.

“It’s the hardest part of popularising physics and cosmology,” he agrees when asked about boiling very abstract notions down to a level most of us can appreciate. “I’m very envious of my biological colleagues because it’s much easier to describe life forms — you don’t need to delve into the abstract. The challenge is to try to get ideas across that make sense really only through mathematics using analogy or metaphor. If you were to read some it this stuff in textbooks it would be utterly impenetrable.”

It’s that ability to translate which makes Davies’ latest book, The Goldilocks Enigma, perhaps his biggest challenge. Explaining how life arose against incredible cosmological odds, it makes you realise how important it is that someone’s not just asking the big questions but applying dispassionate science to them. The state of science today, as B&P suggested to Davies, seems less about finding out who we are and more about making mobile phone or PC manufacturers richer.

“Most people who train as scientists are going to be working on commercial stuff,” Davies concedes, “but people understand that it’s good somebody’s wondering about how the world is put together and what we’re doing in it. These things colour our lives and tell us what it means to be human. It’s a poor society that can’t afford some small fraction of its resources to do that, I think.”

Davies says a background in systematic reasoning and mathematics helps in daily life to an extent (you can’t, as he says, apply quantum mechanics to clean the swimming pool), but because of that knowledge, we can be thankful just some of the resources society affords theoretical physics goes his way.