Skip to content
November 1, 2006 in Black+White See more stories from this title 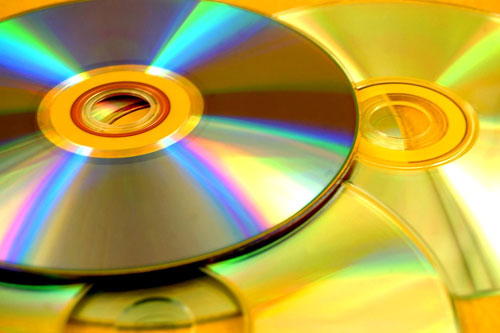 If you buy a DVD player or PC in the next 12-24 months, it’s likely the shop assistant will ask you the following bemusing question; ‘Blu-ray or HD?’ No, they’re not asking you what colour model you want. It’s something far more important.

After 10 years of advancement in digital data disc production, current CD and DVD standards are obsolete. New technology will mass-produce discs that can hold anything from 20 to 50 gigabytes of information (a current technology CD holds 700Mb, a DVD between 4-8Gb). That means we’ll not only enjoy the kind of picture quality the next generation of big screens and digital TV will need, but bonus DVD content that will make a commentary and a few trailers just so 20th century…

There’s just one hurdle before we get there. In eerie echoes of the early 80’s format wars between Beta and VHS, we once more face a choice. Most of the Hollywood studios have thrown their weight behind Sony’s Blu-ray format, already releasing Blu-ray DVD titles. But the format produced by Toshiba and NEC — with the decidedly less sexy moniker of HD DVD – has already been ratified by the main DVD standards body in the US and has the support of dozens of electronics makers including Microsoft, a name not to be sniffed at in home entertainment or computing.

Mechanically, the only differences are production methods and storage capacity. Blu-ray will hold 50GB versus HD’s 25GB, but like all technologies that will evolve. Besides, the real difference will be who has the better marketing, and the first salvos of that war are being prepped right now.

Wish you had a crystal ball so your first purchase won’t end up gathering dust in the garage next to your Betamax VCR? With billions at stake, some of the biggest names in consumer entertainment and electronics know how you feel.