Skip to content
February 1, 2008 in Books & Publishing See more stories from this title 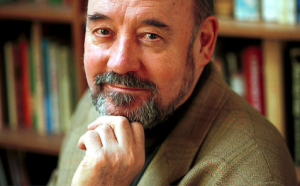 When a scientist’s work is met with controversy, it’s usually over intelligent design or global warming. Zoologist Desmond Morris rasied eyebrows as early as 1967 (over 100 years after Darwin) by suggesting we were risen apes, and his latest book The Naked Man comes at a time when the debate’s reaching fever pitch again. He spoke to Drew Turney.

You seem to believe humans have a pretty cut and dried set of behavioural rules, is that right?

We’re certainly guided by a set of genetic suggestions, but most of them can be modified by experience. One is that we remain playful and inventive as adults, which has led to all our technological and artistic developments. Many human innovations enhance and improve life, but others work against them and it’s those that create difficulties in modern life. The secret is to foster modern advances that don’t clash with our basic biological urges.

We evolved as a tribal animal living in small groups, so we’re not really suited to big cities. The solution is to ensure cities still provide the feeling of belonging to a small tribe within the super-tribe — friends, colleagues or family. To be socially isolated in a big city doesn’t suit the human personality, but I hope we can avoid this because cities are stimulating places that foster innovation and excitement and we’ll always be drawn to them.

You’re also one of the few scientists who professes a scientific basis for love.

At some point the pair bond was added to the human breeding system — people fell in love. It’s such a powerful emotion when it happens, so it’s clearly not a sophisticated, learned response but a basic biological urge. It was important to hunter/gatherer societies, where it not only formed emotional ties between males and females but doubled the parental care of slow-developing offspring.

Does ‘aberrant’ behaviour like our violence towards each other still shock you?

Human violence shocks me because it’s a breakdown of our natural behaviour. The primeval plan for balance between competition and co-operation both motivates individuals to succeed and provides the strength in numbers for certain goals.

Most animals settle their disputes with threat displays, but the stress of over-crowding and over-population can easily exaggerate natural assertive behaviour to a point where threats become attacks. It’s the same for us and in exceptional cases the natural restraints are lost and we see murder, rape, torture, etc.

Is there anything that fundamentally separates us from other animals (such as free will) or any basis left to believe in an intelligent supreme being?

What is ‘free will’? If it’s the freedom to make decisions we share it with other animals. The only major difference is our use of symbolic language. As regards a Supreme Being, fairy tales are fun for little children.

What’s your view on the intelligent design debate raging again in the US?

Since The Naked Ape (1967), how has acceptance of your work changed?

After The Naked Ape I was attacked for suggesting humans were equipped with inborn, biological characteristics. Back then it was popular to believe we’re born a ‘clean slate’ on which anything can be written by society, a popular view of despots to impose anything they liked on human populations. I’ve been amused to observe my ideas gradually ‘discovered’ by researchers over the last 40 years.