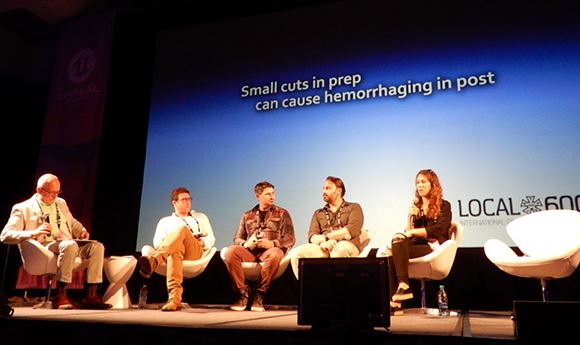 LOS ANGELES – How does a cinematographer navigate the burgeoning world of shooting for virtual reality? As the audience was told at a panel at the VRLA trade show in LA in April, presented by the International Cinematographer’s Guild, there were several common themes.

One was that DPs would like to be called in early on a project, and kept involved enough to help post production do the best job it can. The need for collaboration throughout the process is even more important in the VR world.

“There should be conversations between myself, the DP, the VFX supervisor, the producer and the director,” said Dane Brehm, digital imaging technician. “This is a collaborative art, but there’s even more collaboration in VR because the technical accuracy has to be much higher.”