Skip to content
August 1, 2008 in Cream See more stories from this title 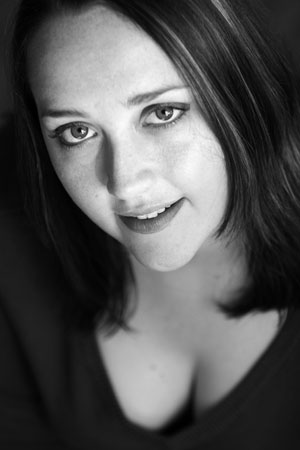 Weren’t the feminist wars fought and won by a generation of baby boomer women over forty years ago? A growing chorus of increasingly young voices are claiming debate about women’s rights is more urgent than ever, as Drew Turney discovers.

We should be living in a utopia of gender equality right now. Women occupy more than 50 percent of the Australian workforce. Maternity leave is enshrined in our labour policy. Women occupy eight positions in the Rudd government’s Cabinet and Outer Ministry.

But a new generation’s rising, one who don’t like what they see. The clique of tech-enabled riot grrls have grown up with the world their mothers fought for — one where they could do anything. But while the doors of academia, politics and the workplace are now wide open for them, all isn’t well.

US journalist Ariel Levy’s 2005 book Female Chauvinist Pigs was the first popular call for the re-emergence of feminist debate. Levy maintained that what she called ‘raunch culture’ wasn’t the liberation of sexual choices it looked like, but a media-savvy return to the objectification of women. Even worse, the movement was being perpetrated by, for and upon women themselves while men sat back and enjoyed all the nudity.

Author Susan Faludi weighed in with her book Terror Dream, about how the conservative mood following the September 11, 2001 terrorist attacks thrust America back to the days of narrowly defined codes of female behaviour, most of them straight out of the 1950s.

So why isn’t it over? Girls get the same educational opportunities as boys (and frequently outperform them). Women make most household purchasing decisions, steering our entire economy of production and consumption. They perform the vast majority of unpaid care work, the public bill for which would be crippling.

The answer might be the longstanding forces lined up against women enjoying true personal autonomy, despite the rights won by ‘institutional’ feminism. There’s the media, faced with fragmentation and decreasing audiences. The upward pressure to sexualise imagery to gain the attention of the audience is now widely acknowledged.

There’s the commodity market. With never-ending pressure to grow but less disposable income among mortgage-stressed adults to sell it to, the answer is to recruit ever-younger audiences into the consumption cycle by grooming them for pre-defined gender lifestyles.

Then there’s the blame feminism faces for crises across the social spectrum. The characteristics of institutions like the stock market or armed forces are overwhelmingly male — competitive, powerful, brave, risky and boisterous. If they go ‘soft’ after decades of ‘feminisation’ — as the common criticism attests — we deserve all the terrorist attacks and recessions we get.

After a history of attacking feminism that’s as old as feminism itself, Emily Maguire finds that although many of her peers don’t even identify with the term any more, they don’t realise they’re living the gains won for their political and reproductive rights. “If you talk to them, their values in most cases are feminist,” Maguire says. “And that’s because the word’s been poisoned, it’s being defined by people who are attacking it.”

Maguire believes we shouldn’t mistake the presence of women in parliament as the gospel of liberation. As she told The Sydney Morning Herald, ‘While the professional and legal positions of women have improved enormously in the last half-century, socially and domestically we have barely progressed at all.’

To Maguire, Levy and others, the result is that stripper poles in bedrooms are simply a new way of enforcing old behaviour stereotypes — in this case, the fantasy of a woman who undresses for the benefit of the male gaze on command.

And that brings us to shaky ground. Ask any woman who agrees to watch pornography with her partner or take lap-dancing lessons and she’ll undoubtedly tell you it was her choice. How does one convince a woman she isn’t as enlightened as she thinks just because she has a degree or runs a business?

To Maguire, that’s the point, not the problem. Convincing women they’re subscribing to personas constructed for the gratification of men isn’t about preaching types, but asking her to think about her choices. “Change in behaviour will only come after a change in consciousness,” she believes. “So we talk and write about it in the hope people will examine their own attitudes and behaviours.”

Because the prevailing attitude is that feminism’s work is done, every choice a woman makes (including stripping lessons) is therefore a measure of her power. But what happens when the market — with its power to set the agenda for what’s acceptable, cool and sexy — meets ‘gendered norms that were already looking tattered in 1955’, as Maguire terms them.

The market uses the prevailing cultural story of the times. If stripper poles had been fashionable back then, the ads might have contained cheesy jingles about knocking his socks off after a hard day’s work at the atomic power plant.

Today, the market language co-opts the 21st century’s prevailing story, that of a woman’s power coming from her sexuality. After 50 years of evolution in advertising, The Whore has become a more reliable saleswoman than The Madonna, but it’s still a constructed fantasy women are holding themselves up to.

No Time to Talk

So why do women have the rights, but not the respect? If the feminist movement won advances in the political and economic sphere, why are we still judging women by their ‘femaleness’ or their readiness to conform to our expectations of it?

Could it be a matter of historical cycle? We enjoyed a long period of economic prosperity that gave us the freedom to explore high social ideas, but under the shadow of terrorism and economic downturn, do we simply batten down the hatches and shed cultural non-essentials in favour of a simpler warrior/protector geopolitical mood?

It looks that way to some. The Melbourne Herald Sun said in February that the average female wage was $10,000 less than that for men in August 2007. According to the Sydney Morning Herald in the same month, a woman’s average salary was about 85 percent that of a mans between 2000 and 2004. Today it’s 83.6 percent.

You could also assume there was a critical lack of women in national debate judging by the criticism of the Rudd government’s Australia 2020 Summit, when the steering committee included just a single woman (Cate Blanchett).

But to Susan Faludi, author of Backlash and the recently released Terror Dream, there’s a sustained effort at work rather than the swing of a pendulum. “Feminism was under attack long before September 11,” she says, “The attacks shattered America’s myth of itself as an invincible fortress. We returned to declarations of the ‘manly man’, the manufacturing of the cowering ‘security mom’ and the inflation of male political leaders into superheroes. [US] culture’s frantic effort to reinstate that myth after 9/11 revealed how deeply rooted in stereotypical gender roles it is.”

In one example, Terror Dream reports on the media concoctions about ‘security moms’ buying guns and imploring George W Bush to get tough. The security mom enjoyed a virtual deification across the mainstream media, and even though few statistics supported her existence, by then she’d become part of the American cultural story.

Which brings us back to Maguire’s assertion that feminism’s attackers are the ones who frame its terms. After September 11, the conservative media formed a chorus convincing Americans feminism was a luxury they couldn’t afford in a time of war.

Of course, while 9/11, lap dancing classes and Playboy symbols on T-shirts for eight year olds happened, women have gone about their business. They’ve continued to vote, get degrees and return to the same job securely after stopping work for a year to have a baby.

Maybe all this media posturing — including the work of Maguire, Faludi, Levy, Susan Sontag, Germaine Greer and dozens of other prominent feminist commentators — has nothing to do with life for most women quietly enjoying their rights while they struggle to pay the mortgage. Maybe the difference is simply between the chattering classes and the middle class?

To Susan Faludi, it’s not only the real difference but part of the problem as self-appointed moral guardians foist their idea of feminism upon us. “It’s less about reconciling the disconnect between media feminism and real-life feminism than exposing it,” she says. “The media version of feminism has very little to do with how real women (and men) lead their lives.

“The portrayal of women’s unfolding emancipation is a brake on social change. ‘Trends’ about women, from ‘man shortages’ to ‘infertility epidemics’ are half-conscious or unconscious efforts to slow the spread of feminism. By imposing pre-digested norms about how women should behave and feel, they discourage women from thinking for themselves.”