Skip to content
October 16, 2011 in Auscam See more stories from this title 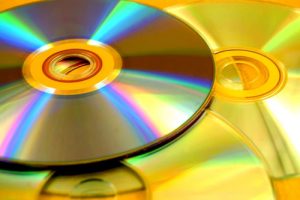 Can the age of the DVD be over already, Drew Turney wonders?

DVD outstripped VHS in sales and rentals in 2003, toppling the latter’s 25-year reign over home video consumption. But some believe the Digital Versatile Disc is dying out already as the world shifts towards digital video delivery.

Apple spearheaded the effort to win over consumers when iTunes became the computer-based tool of choice for buying, downloading and enjoying media. They’ve even led the charge in devices that download straight to your TV with AppleTV, to bridge the disconnect many of us still feel of the TV/lounge room being the play area while the PC is the domain of work.

And as the economics of fibre and the coming NBN make internet access cheaper and faster, everyone wants a piece of the action. As you read these words, Bigpond is closing its mail-based DVD rental service to encourage uptake of its T-Box digital download service. “We started the DVD rental service as a precursor to our movie download service,” says Telstra corporate relations officer Sarah Green. “DVD’s a large consumer market but BigPond is now fully focused on our download service.”

Could content and access providers like Telstra be reading the writing on the walls? In April ubergizmo.com reported on Digital Entertainment Group findings that DVD sales in the US were down 20 percent on the same period the year before, where movie download giant Netflix grew 33 percent.

Because it’s not the consumption of movies that’s falling, just the consumption of DVD. For one thing, we’re all carrying movie playing devices. As a report by industry consultant Gartner points out, “…with the fast adoption of smartphones and mobile broadband, mobile video {sic} is becoming more relevant.” The same report shows how any of five video consumption behaviours, become less popular with each subsequent older age group. The take-away message is that kids are happier than any other group watching web-delivered content — a preference they’re going to grow up with.

Blu-ray is becoming mainstream as fast as standard DVD did, and as a result we’re seeing the patchy adoption by region we did last time. Americans can now pay as low as $30 for a Blu-ray player while you’d be hard pressed to find one in Australia under $150. Blu-ray growth across the Asia Pacific (apart from in Japan) has been slower than in the US and Europe.

US market research firm the NPD Group confirm the slow-and-steady growth, saying that while Blu-ray wouldn’t be replacing the DVD market any time soon, it’s helping to prop up a ‘sagging’ home entertainment sector.

Most mysterious is the response by Sony itself. When Auscam asked the company behind Blu-ray to comment on the likely impact of cloud services on the future of disc media like Blu-ray, they declined to comment apart from saying ‘there will always be a place for physical media, even with cloud services’. Read into that what you will, especially as nobody in the know is suggesting we start the funeral march any time soon. As the same Gartner report mentioned above said, ‘production of Blu-ray players will continue to grow at more than 50 percent in 2011, while the compound annual growth rate for 2010 to 2015 will be 21.7 percent.

But don’t throw all your money in download company stock just yet. Despite the explosion of cloud services, public confidence is still shaken after Sony’s catastrophic PR in June when a hacker group shone a light on lax security by stealing the personal details of more than a million users.

Movie download services might also become victims of their own success. The pricing and technical limitations of the Internet might not support us downloading movies en masse starting from tomorrow. After a May report revealed Netflix was using 30 percent of the peak internet traffic every day, several large US providers imposed user data limits for the first time.

Or is it because the big ISPs like Comcast and AT&T offer their own entertainment products, with the likes of Netflix and )free TV streaming website) Hulu their biggest threat? AT&T customers told they had 150GB per month found they had a limit of 250GB if they used it on AT&T’s Uverse streaming entertainment service.

On top of all that, the average consumer still thinks cloud services refers to the weather forecast. Another Gartner report says consumer data accounts for less than 3 percent of cloud services traffic, blaming privacy and accessibility concerns.

But aside from all the online brouhaha, almost all of us still own DVD players we’re not even close to throwing away. The number was almost 75 percent of Australian households, and that was in 2005. The very fact you can buy a DVD player for as little as $35 means we’re still buying them in colossal numbers.

When it comes to the discs themselves, Australians collectively own tens of millions of them, to be watched over and over, and it’s still a cheap content delivery system. For years the movie studios have known TV broadcasting of their back catalogues is their bread and butter, and they’re bringing the experience to you. Several large studios have already launched services custom-burning obscure or out of release films on DVD one at a time for about $20. It’s the same model that enables print-on-demand for books, where customers can enjoy the long tail and get just one copy of a book when it’s not economical to commit to an entire print run.

But at least one business is still betting big on DVD. Bigpond isn’t just distributing its old discs to staff as drink coasters — WA-based mail rental service Quickflix has bought the entire library.

“DVD’s still the dominant format by which we enjoy our movie watching,” says founder Stephen Langsford. “It’s a $1.5 billion rental and retail market in Australia. DVD’s still the first window Hollywood supports after cinema so we get movies to our subscribers ahead of Pay TV and digital.”

Langsford then lists the reasons for the strong economy of the DVD infrastructure. “We buy it once and rent it out as many times as we want. Being online we can offer better range, better value and convenience and we’re more efficient than the physical store.” As his comments highlight, DVD sales aren’t a true reflection of use when a movie is purchased once but stays in the supply chain indefinitely.

Like many others, Quickflix is in the throes of launching its own download service, but Langsford is just trying to get ahead of the curve for when it happens. “There’s no question digital’s the future,” he says. “the question is how long will it take. The transition from DVD as the dominant format to streaming will play out over the next three to five years but even in seven to 10 years DVD will still be a sizable share of the market.”