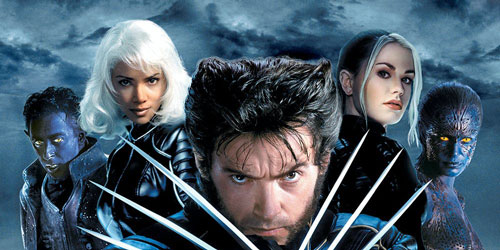 Back in 2000 comic book movies weren’t filling studio coffers like they are today. Tim Burton’s Batman had conquered the box office in 1989 but nobody had replicated its success. 1998’s Blade was commercially successful but certainly didn’t rewrite the blockbuster rulebook.

Singer jumped ship to helm 2006’s divisive Superman Returns, exploring another lofty theme in immigration (a man without a country trying to find a home) and leaving X-Men: The Last Stand in the hands of Brett (Rush Hour) Ratner. It cost more than any X-Men film but didn’t light the box office on fire, doubling its money. Based on the popular Phoenix storyline from the comics, it involved Jean Grey (Fammke Janssen) returning from the dead to turn bad but ended up a bland jumble of set pieces with none of the finesse of its predecessors.

There’d been talk of character spin offs ever since the cash registers started ringing, but Jackman was first out of the gate with 2009s X-Men Origins: Wolverine, which he shepherded into being to be shot in Sydney by Tsotsi director Gavin Hood. Like The Last Stand it was serviceable but kind of tepid and did similar business, returning twice its $150m budget.

But in the finest tradition of Hollywood eating itself, Wolverine had barely arrived before everyone was talking about a Deadpool film (played by Ryan Reynolds) — a spin-off of a spin-off. So there was certainly an audience for a Magneto/Eric Lenssher origin story (mooted as far back as 2007), but Now Fox have gone one better with X-Men: First Class. Releasing next week, it tells the story of the early friendship and eventual falling out between Lenssher and Charles Xavier/Professor X (Patrick Stewart thus far). Directed by Matthew Vaughan (Kick Ass), the film’s early reviews are overwhelmingly positive.

With a deep well of characterisation mythology and a devoted, protective fanbase the X-Men universe offers a million stories for the telling, and with five films and a host of game and TV properties in orbit the franchise has become an industry in itself. After all, Jackman’s wasn’t the only career X-Men kick started — without the role of Rogue under her belt True Blood’s Anna Paquin might still just be that cute kid who won the Oscar for The Piano.