Skip to content
February 9, 2015 in APC See more stories from this title 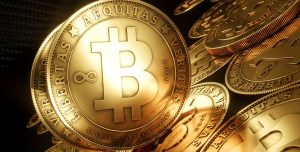 Is it an investment opportunity or a new way to pay for coffee? Will it upend commerce as we know it or be the Betamax of the 21st century? It depends who you ask, but cryptocurrency has arrived.

Quite simply an all-digital form of currency, cryptocurrencies are decentralised. Rather than guaranteed by a government based on the gold reserves it holds like paper currency, they’re self-managed by a distributed and encrypted accounting network that tracks and trades them.

There’s no central control imposed by a government or bank and cryptocurrency can cross borders as effortlessly as a website or email. The records of transactions is held in a public ledger system that works like a torrent file, storing pieces of itself on computers everywhere and verifying that a transaction has taken place by distributing the record processing (you can see it in action at blockchain.info).

The most visible cryptocurrency so far has been bitcoin. If you follow the news you might think bitcoin is the lifeblood of cybercrime, hacking and the online drug deals of the dark net. First there’s Mt Gox, the Japan-based cryptocurrency exchange that was handling 70 percent of all bitcoin transactions by 2013 and which flamed out in spectacular fashion in early 2014, having to admit that as many as 850,000 bitcoins were stolen from its network (worth as much as USD$425,000,000 at the time because of bitcoin’s exchange rate).