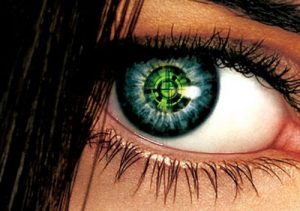 It’s the stuff of dreams — well, at least a cheesy 80s TV show. But the possibility of real-world bionic implants is not only already here, the technology is gathering momentum towards a future that could correct sight impairment the way Australian devices like the cochlear implant have helped over 100,000 people with hearing problems the world over.

The wide-view neurostimulator concept is a bionic eye in development by a company called Bionic Vision Australia, and they unveiled the first prototype in March this year. Led by Anthony Burkitt, Bionic Vision Australia was set up at the University of Melbourne with a grant from the Australian Research Council. Professor Burkitt is head of the University’s Neuro-Engineering group and assistant director of the Bionic Ear Institute, and he explained to The West all about the pros and cons of the project.

“Our Melbourne-based group’s been working in cochlear implants for a very long time and that’s now a mature technology, “Burkitt explains. “Over 130,000 people worldwide have them and they have very good outcomes. So we wondered how we could apply that technology in other areas, and the one that immediately sort of jumped out is sight impairment.”

The difference between an eye (with millions of neurons, a network of controlling muscles and a hard-to-reach position) and an ear (a fixed structure of comparatively simple bone) is like repairing a toy dump truck and a space shuttle. But life for those with sight deficiencies is equally difficult.

In the first stage, Burkitt’s group is experimenting with two conditions called retinitis pigmentosa and AIDS-related macular degeneration because they’re easy to diagnose. The tragedy of many eye diseases is that despite being two totally separate organs, both eyes are often affected equally.

“You can think of the eye almost of an offshoot of the brain,” Burkitt says. “The retina is a complex network of neurons and there’s a lot of different layers of processing going on. “When people lose vision it’s the same as losing hearing — receptor cells are dying. It’s the loss of ability to transform the light signal into activity in the neurons in the eye.”

As the name therefore suggests, the neurostimulator works by bypassing the damaged or dying cells and sending an electrical signal directly into the optic nerve to the brain. The patient wears a pair of special glasses fitted with a camera that changes the image to a digital signal and sends it back to the implant, located in the back of the eye. The electrons of the implant stimulate corresponding neurons in the optic nerve and the brain receives a workable picture of the world outside.

The prototype has 100 electrodes, but Burkitt and his team are hoping to fit more in the next phase. Of course, that’s a long way off the millions of biological neurons in a functioning eye, but remember that despite only 22 electrons rather than 30,000 auditory nerve fibres, the cochlear ear implant has made a world of difference to many. When it comes to such ‘artificial senses’ the 80/20 rule may well apply, where only 20 percent of the detail we get gives us 80 percent functionality.

“The brain is incredibly good at interpreting any signal it receives,” Burkitt explains, “so we’re hoping even with a relatively small number of electrodes the brain will still be able to interpret the information. The first generation should give people the visual acuity to move around independently and avoid objects, and when we have a thousand electrodes the patient will be able to read large print and recognise faces.”

More importantly, the technology can only get better. Just like you’ve heard about how they’re making smaller, more powerful computer processors, improved engineering of the neurostimulator will assist people with less severe sight impairment.

But there are hurdles to get past, and they’re not just the lukewarm funding environment or recovering global economy. There’s the eye itself. It’s an enormously complex organ and the last thing you want is a doctor damaging surviving cells of the retina trying to implant the device. Plus — like it can do with any foreign matter — the body can reject the implant, turning on it by enshrouding it in protective cells that can disrupt communication with the camera transmitter and degrade performance over time.

Once again however, the cochlear implant has given the team a head start. With experience in the materials that work in the cochlear device, Burkitt and his team know the device shouldn’t trigger a large-scale tissue response if the components are inert.

And even though commercialisation and marketing are some way off, he can see a future for the device. “We see our first generation as being an aid to mobility, then over the next decade or so it’ll become more widely used to the point where children can take part in normal schools, etc. I think we’re probably looking at a two decades development with gradual improvements all the way through.”