Skip to content
April 13, 2010 in The West Australian See more stories from this title 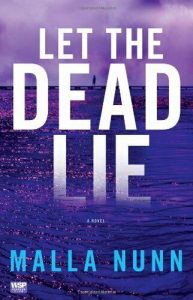 They say no matter what the genre, authors write from their own experience. H G Wells never encountered invading Martians and as a mere naval officer Ian Fleming didn’t bring down any well-funded despots with private armies like his famous creation 007, but in imagining what it would be like to do such things, neither writer could help but pepper their narratives with their own imagined actions or thoughts.

Swaziland-born, Perth-raised, Sydney-based novelist Malla Nunn goes one better — she’s lived among the sort of racial tension that give her books strong topical backbones. Nunn is best known for A Beautiful Place to Die, the 2008 thriller featuring hero Emmanuelle Cooper, a mixed race detective battling corruption in 50s and 60s-era South Africa, a country mired in the paranoia and discrimination of apartheid.

Cooper returns in this Month’s Let the Dead Lie, Nunn’s latest book, and again she addresses themes of race in a fast-paced thriller. In fact, one of the first things she talks about is the smash 2009 movie District 9, which blended very mature social commentary and popcorn-flavoured action. “I loved that movie,” the author says, “that’s absolutely what I wanted for Let the Dead Lie. I don’t want you to feel like I’ve given you a history lecture. I want you to know more about South Africa and the politics and I want you to realise that race just breathes into every part of life. I tried to make a page turning crime thriller but with a political background.”

A good example of where she succeeds is a seemingly throwaway sequence in Let the Dead Lie, where a teenaged white girl buys an ice cream from a black vendor near a popular beach. The hero watches the girl treat the much older man somewhere between dismissal and contempt. Instead of anger, Cooper realises the girl’s no more evil than an animal hunting prey, with simply no concept of another way.

“In South Africa if you’re white, you’re precious and wonderful,” Nunn explains of the era she was born in. “White people had to separate themselves from black people. In Australia, that separation happened too. In the case of the stolen generations they thought white blood was so precious they took people from their families to ensure they became more white than black. If you were black you had to be saved somehow from your terrible heritage. So I see those things absolutely in common.”

After moving to Perth with her family in the 1970s as an eleven year old, Nunn attended school in Mount Lawley and university at UWA, leaving to study in the US before settling in Sydney. Australia, she recalls, was very different from the Africa she’d known and our attitudes to race would shape her as an author.

“When I was a kid at Mount Lawley High School they were something like 40 different ethnic groups represented. Often you’d be in a class with four Australian kids and the rest were Italian, Yugoslavian, South American, South African Jews. It gave me a really interesting feel for the world that was completely different. South Africa was very tribal and everyone always stuck in small groups. But I came to Perth and everyone was mixed together, the most amazing array of people. It was incredibly liberating and we loved it, it was the beginning of a new life in terms of how we viewed the world and how you treat people in it.”

But although life has improved immeasurably for African blacks since the official end of apartheid in 1994, a recent visit convinced Nunn of two things. First, ideas take longer than laws to change (as our own experience of the Cronulla riots would seem to bear out), and second, Australia has its own tarnished reputation of racism that’s hard to shake off. “When I went to South Africa last year, I was telling a South African woman that I thought Australia was very multicultural and it worked really well,” Nunn remembers. “She said ‘I hate to be rude but in South Africa we believe that that only works because you guys killed most of the black people that live there.'”