Skip to content
December 1, 2008 in Fast Thinking See more stories from this title 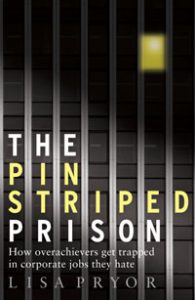 Business success can take two forms. The first is to forge ahead on the strength of an idea and the determination to follow it through, and as Drew Turney discovers, the other is fraught with pitfalls.

What does success mean to you? A lot of money? A sleek, masculine-looking motorboat at an inner city pier where your mooring fees are higher than most mortgages? Fashion accessories like an expensive watch that establishes you as a player among peers, colleagues and clients?

If the above are among your benchmarks, you might end up disappointed according to a recent flood of books warning us away from The Chase. It’s a cliche that human nature is to always want more (food, power, etc) – according to zoology and behavioural science it was hardwired into us millions of years ago.

Author John Naish outlined in his 2008 book Enough that our endlessly grasping nature was steadily killing the planet. In 2007’s Richistan, Wall Street Journal columnist Robert Frank referred to a survey where rich people were asked how much money they’d need to be completely satisfied. Most of those surveyed – from multibillionaires down to mere millionaires – responded with a figure of precisely twice what they were already worth.

Such a wealth and privilege trap is sucking too many bright, promising students and graduates into its voracious maw according to Lisa Pryor, who’s identified and deconstructed the phenomenon in her book The Pin Striped Prison (Picador). A Sydney Morning Herald columnist, Pryor is a self-described escapee from the unholy triumvirate of high-powered careers – law, merchant banking and management consulting.

The ‘right’ path that leads to unimaginable wealth and connections is not only a marketing trap according to Pryor, it’s the wrong way to go if you’re looking forward to a career of innovation and challenge.

The Black Hole of Business

The prestigious firms scout fresh meat early, zeroing in on high-achieving students and seducing them with glitzy and expensive university information days and in-house work experience to recruit the next generation.

Once in, you’re safely locked away in a workhouse of the mundane, low-level administrative tasks that prop the system up, brutal hours and what Pryor’s book calls a ‘pyramid selling scheme’ of incentives to keep you there.

“You can get a fantastic income if you end up getting to the pointy end of the pyramid but you don’t go into a pyramid selling scheme just to stay on the bottom level,” she told Fast Thinking. “There’s so much talk about how poorly paid teachers are but teachers in NSW now start on $50,000 a year and if that’s $10,000 less than you start on in a big law firm it’s not much of a difference.”

Plus, as the salary figures don’t show us, teachers work from six to eight hours a day and get the school holidays off. It’s not unusual for newly minted lawyers or bankers to be putting in 60-80 hours a week. Divide such salaries by a workweek and they’re working for as much or less per hour as their lesser-motivated contemporaries at McDonalds.

What’s more, any income gains are quickly swallowed up. The first cash vacuum is that of the necessities of life most mortals have time to do themselves like cooking and washing, but which such time-poor careerists outsource to restaurants, laundromats and service industries.

Secondly is the pressure to externalise status, not only to keep up with your big spending peers, but to assure yourself the drudgery and exhaustion are worth it. If you’re not in the Armani, Rolex and European ski holiday race, ultracompetitive co-workers (and ultimately your own sense of worth) will effectively sideline you.

Then there’s the actual nature of the work, a reality avoided by the university marketing events and glossy brochures that firms produce to court promising graduates. Pryor equates it in The Pin Striped Prison to a war, where the endless paper shuffling can be summed up as ‘long stretches of boredom punctuated by intense moments of excitement and fear when a deal closes or a case goes to court’.

It’s a hyper real world where she says one’s sense of normal changes. “A lot of young professionals are getting paid really well and still complain about housing affordability,” she says, “and it’s because they’ve set the bar of what’s average so high.”

Of course, bankers and lawyers aren’t the only ones who work hard for little money when they’re young to establish themselves over time. Is the corporate trap really that bad?

In February 2007, a young Londoner was found dead after plunging down the stairwell of the Tate Modern gallery. A model high achiever, he was on track to a partnership with the prestigious law firm Freshfields. After enjoying top university marks and a staggering array of extracurricular activities, he’d been just the sort of student the prestige firms would do anything to bring into their folds.

Suicide was never proven but the British press pounced on the incident as proof of the stress of high-pressure careers on the bright youth of today, resulting in everything from chronic sleeplessness to manic depression.

While the stress of such work lives might be slowly killing our private school alumni, there’s a less dramatic but far deeper issue of long-term work satisfaction – or the lack thereof. So many graduates feel trapped simply because of the work they’re doing during such punishing hours. A former law graduate characterises it as not only stressful but ironically boring, mostly data crunching and paper shuffling.

Pryor told Fast Thinking a story about a friend working in law who had to let her parents down easily after all the hope, planning and academic achievement. “Her mum asked when she was going to get to do a big murder case and she said ‘We don’t do any of that stuff Mum, it’s all just documents’.”

So the lesson to take away from all this might be simply that ‘the path’ is often a fast track to a premature ulcer, depression, an endless treadmill of empty status symbols and inner city takeaways at midnight.

The alternative – as Pryor believes after making the break from law and building a career as a journalist – is the willingness to have a go. In law, risk is the last thing you need so it’s the first thing trained out of you. “[Graduates] come from a regimented path and they’re choosing it because it’s a low risk and safe,” she says, “the people advising businesses have no business sense because it’s not about taking a chance and managing risk, it’s about avoiding risk.”

The path to an entrepreneurial career is a very different animal, involving a lot of steering your own course, taking chances based on your passions and instincts and not slotting into a neatly fabricated slot you’ve been groomed to occupy since your teens.

Perhaps most important of all is the ability to make the mistakes that will teach you how to dust yourself off and keep going. “One of the things that seems to be a real problem with high achieving students is that they’ve never failed,” Pryor says. “Most of us are really bad at something as teenagers but we realise that we’re still a worthwhile person despite it. If nothing has ever gone wrong for you, you don’t learn that lesson. You’re afraid of failing so you make all these safe choices. If you actually got used to failing and picking yourself up again you’d probably do a lot better.”

So how do we avoid populating our universities and businesses with such yes-men/women-in-training? Even in a world where we need lawyers, bankers and management consultants (though it often feels the opposite is true) couldn’t those industries do with a shake-up at the hands of people who question the status quo and work for a greater good than just ensuring the system stays entrenched?

To Sharon Beder, the problem is twofold. Beder’s the successful author of several books on business and society and a Professor of the School of Social Sciences, Media and Communication at the University of Wollongong. After an academic career of low risk and high achievement expectations, many students think industries like banking and law are the obvious choice, and Beder thinks they’re structured to stifle the sort of creativity a more entrepreneurial spirit needs.

“It’s hard to be creative when you’re tired and pressed for time,” she says. “The tendency is then to take the easiest course and not take risks with new approaches that can be time consuming and may not be successful.”

Secondly is the very distinctive type of person that suits such a life – and calling them ‘smart’ might be barking up the wrong tree. “Vocational courses such as law and banking are more about training to do jobs,” Beder believes, “not education aimed at developing individual capabilities and questioning the status quo.

“It’s not necessarily the best and brightest entering these courses, it’s the kids who get the best marks in school, and often good marks in school involves remembering facts and doing what you’re told rather than understanding the subject material or being innovative or creative.”

Researching the education sector for The Pin Striped Prison, Lisa Pryor also found what she describes as a finishing school for business rather than etiquette. “Kids are bred to be little high achievers,” she says. “It’s not just schools, it’s the whole vibe in that life, everything from paternal pressure to cultural assumptions. We have this idea that it’s really healthy for a 15 year old to be doing swimming practice, orchestra, drama, speech and debating, when in fact it’s training kids to be workaholics.”

We’ve known for a long time there’s a spectrum from work-life balance to hard work to workaholic. Now might be the time to identify a new one – from the entrepreneurial self-starter to the entrenched inmate in a brutal system that allows only a select few to reach the top and crushes most others in the attempt.

Which one your children will become might boil down to just one question; ‘am I following passions or just credits?’

Are you trapped in a career that resulted more from peer and parent pressure than from what really interested you? Watch for these signs.

* Constantly comparing yourself to colleagues and peers according to salary, possessions and dress sense.

* Embellishing your career to people who ask what you do for a living to make it sound more exciting than the reality.

* Treating even time away from work as an opportunity to achieve your personal best in yoga, swimming or reading.

* Being excited by advancements such as the laptop and Blackberry because it means you can work during ‘dead’ time like the daily commute.

* Convincing yourself you’ll dedicate yourself to a worthy cause when you hit your first million because really, you can’t do anything without the money these days.