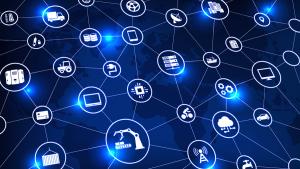 The same limitation affects everything when you’re talking about the Internet. It hampers email transmission, the advent of digital TV, and websites that win a slew of design awards but which — in the real world — fail without a whimper when people don’t have ten minutes to wait for while some huge animation to download.

In the case of email advertising, there are usually two types. First is the text-only dinosaur that isn’t pretty but does contain no-nonsense information without the bandwidth-greedy frills. And the HTML newsletter is much better when you can’t avoid pictures, a marketing presence like your logo or a certain layout.

But as email download sizes head north of 1Mb, you’re more likely to enrage your target audience than anything — and that’s even more damaging to your business than if they forget all about you.

A Perth innovation called Streema looks set to change all that. Local web outfit The Site has developed a technique to produce full multimedia presentations — full of sound, pictures and animation — and deliver them to your email inbox at less than 1Mb.

And they’re much more than the usual pretty layout, logo and product shot. Alongside clients like the Hopman Cup, Australand Holdings, Perth Mint and Bedshed, for whom Streema will soon deliver a fully self-contained e-catalogue with over fifty products.

‘We haven’t come up with a proprietary software product,’ Director Nick Harvey explains, ‘Streema is developed using software available in the market. The secret behind it is the techniques we use with the software.’ Harvey credits techno-whiz Matthew Clark with perfecting the art and science of squeezing file size, although as he says; ‘The development curve has been almost vertical. It’s still a fledgling product and a fledgling company. We’ve only been going about eight months, but to have a product that’s commercially viable this early on is very encouraging for us.’

And encouragement is starting to come through the door — in the form of money. Together with Business Development Manager David Roberts, Harvey and Clark seem to know they’re onto something big but are letting market demand tell them what to do with it. They have no plans yet to give Streema a hard sell to particular markets although Harvey claims potential exists in ‘Retail, tourism, blue chip, eduction and professional.’

Unrealised plans also exist in areas such as wireless handheld devices (where the mother lode of mobile phones and PDA services will be small file size) and digital TV. Says Harvey ‘Once we move into Digital TV and get broadband issues worked out the product will evolve even further and be able to appear on your television screen.’

Streema’s creators — affiliated with the ad agency 20/20 — talked about a variety of business models, from simply producing the Streema presentation to management of client mailing lists (potentially lucrative in itself), but at the moment they seem content for the product to blaze its own trail to success.

‘Generally speaking the product has been very well received,’ Harvey says, ‘Whenever we’ve seen people and shown them Streema they’ve been blown away. You can see their mind working, thinking ‘What are the applications for my business?’

Considering that among those blown away are Channel 7 in both Perth and Brisbane, a Streema presentation might find its way to your email inbox sooner than you think.