Skip to content
December 20, 2011 in The West Australian See more stories from this title 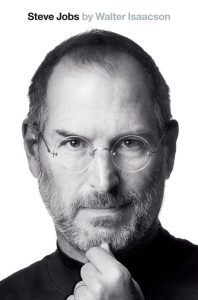 Among the most assertive theme about Steve Jobs that emerges from Walter Isaacson’s book is that he was a megalomaniac who thought himself (or wanted to be remembered as) one of the historical greats alongside Einstein and Gandhi.

When he asked Isaacson to write it he likely knew he was dying, so it’s just as likely he wanted a final masterwork to address and heighten his mystique. Despite choosing the cover image Job wanted no say in the final text — maybe because he knew he wasn’t going to be around to face any consequences he was happy for the stories of crippling employee abuse, bad parenting, tantrums and an almost bipolar way of looking at the world to surface.

Although Jobs would probably hate you to think so, the book isn’t all about him. Isaacson actually manages to sneak in a fascinating history of the PC industry, and it’s because technologies like the graphic user interface, UNIX and the mouse came within Apple Computer’s orbit that you’ll learn things even computer geeks didn’t know until now.

But when it comes to Jobs himself, Isaacson overturns some long running debates and brings them into relief, such as the birth of the infamous ‘reality distortion field’.

In 1982 when Jobs was overseeing the team behind the original Macintosh, he pushed them to ever-greater heights of overwork and stress to meet deadlines. His demands were as ridiculous as they were impossible but people around him frequently found themselves doing the ridiculous and impossible because he so effortlessly made them believe they could — naming the famous Jobs effect as a result.

Another ongoing point of contention is whether he was truly a genius or just a good marketer. The Macintosh wasn’t his idea, nor the digital music player, tablet computer or the other products that have made Apple the richest tech company in the world. Isaacson quotes Jobs himself saying how happy he is to take other ideas and apply Apple’s famous product design mantra to make them objects d’art.

Above all Steve Jobs is well written. It feels a little rushed towards the end (last minute rewrites after his July death?) but despite being 570 pages you’ll get through it fast if you’re interested in consumer technology. And with the world in love with Jobs — as he himself knew — who isn’t?