Skip to content
May 1, 2016 in Moviehole See more stories from this title 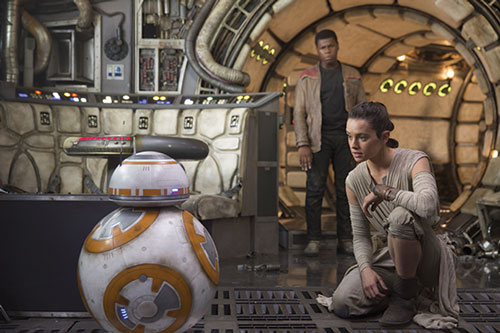 After cutting his teeth at the famed Jim Henson’s Creature Shop, Neil Scanlan rose to be one of the big names in creature make-up and animatronic effects, working on films like Babe, Ella Enchanted, Charlie and the Chocolate Factory, Munich, Prometheus and… er… Kangaroo Jack.

A few years back, perhaps reading the CGI writing on the wall like contemporary Rick Baker, Scanlan announced he was closing up shop and moving on to other interests. Of course, a phone call from LucasFilm and an offer to work on the new Star Wars film would be enough to give any movie craftsperson pause, and JJ Abrams’ practical effects-led vision was one of the elements that made The Force Awakens so great.

Scanlan spoke to Moviehole from his native UK about his life and times, BB-8 and just how much digital is in the film.