Skip to content
January 3, 2014 in AskMen.com See more stories from this title 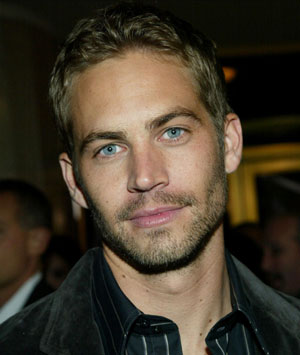 We’re all going to leave this Earth some time, and because some of us will get no notice of it happening (and frankly, stopping everything even if we do isn’t in our nature), we’ll leave unfinished business that family or colleagues will have to wrap up for us.

Sometimes, when the business at hand is a major movie, the premature death of an actor can have a catastrophic financial effect along with the emotional outpouring of grief from a world that loves its celebrities.

It feels unseemly to talk about whether to try and finish a film or let money go down the drain even before funerals have been held, but you can bet studios and their lawyers are locked in boardrooms for days trying to figure out what to do next. In fact, when several hundred million dollars has been spent and the possibility that it might never be recouped arises, you can understand how sometimes, insurance can be the most important job in Hollywood.

With all that money and a taste for the high life, some great performers have departed this Earth far too soon, and unless they were on vacation, they’ve left some very expensive projects half finished.

The very model of typecasting after conquering the world as Dracula in 1931, Lugosi spent the final decade of his life fighting drug addiction and parodying his famous role in increasingly squalid gigs.

Avowed fan Edward D Wood befriended Lugosi and asked him to star in his grave robbing alien zombie magnum opus, but the only shot that made it is of Lugosi shambling slowly from his front door off camera as he mourns the death of his wife. True to Wood’s creative form, subsequent scenes of Lugosi’s character were played by the Wood family chiropractor, who looked nothing like the late star.

George Cukor had already fired Monroe from the production before a single camera had rolled, the actress’ infamous mental state making her all-but impossible to work with, but she was bought back when co-star Dean Martin refused to work with anyone else. Shooting had hardly begun though when the star was found dead in her Brentwood home of a barbiturate overdose.

With virtually nothing in the can, Something’s Got to Give is the only film on this list to have been abandoned, but the footage that does exist surfaced in a 2001 documentary on Monroe’s last days alive.

When Lee died of a cerebral edema in 1973, he’d only completed 30 minutes of fight scenes for the film. His schedule allowed a break to shoot Enter the Dragon, but he died before returning to Game Of Death.

Director Robert Clouse took what footage he had and somehow cobbled together the 1978 release. Much of Lee’s intended dramatic scenes were used with actors in dark glasses, shadows and even a cardboard cut-out. Eerier still, a major part of the plot is an actor faking his death with an on-screen shooting, which is what killed his son Brandon 20 years later.

Vic Morrow personally thanked John Landis for casting him in Time Out – Landis’ segment in Twilight Zone: The Movie – because of the B movie hell he’d been working in throughout the 70s.

By all accounts the shoot was far from safe, a helicopter flew too low and explosions were set off too close as Landis directed a scene of Morrow carrying two children across a Vietnam war-era swamp. The chopper lost control and fell, killing all three instantly. The scene was cut from the script, leaving the rest of the segment intact, and the ghastly pall is one of the things blamed for the tepid reviews.

Like many on this list, Natalie Wood’s work on Brainstorm was almost finished when she died. Accompanied by co-star Christopher Walken and husband Robert Wagner on a yachting trip, Wood and Wagner argued before she fell overboard and drowned in circumstances that still seem suspicious today (to the extent the LA County Coroner’s office reopened the investigation only last year).

The studio wanted the movie shuttered, but the contract specified director Douglas Trumbull had final say, so he finished and released the film, but not before relations between he and MGM deteriorated so much he resolved never to direct again.

Unlike most stars on this list Lee – son of famous martial artist Bruce (another eerie entry) – was fatally injured on set and with cameras rolling, shot by an incorrectly-prepared prop gun. Body doubles and CGI animation of Lee’s face were used to complete the last few scenes, and thankfully so – the film is a modern classic.

Like Paul Walker, Lee’s death was an eerie echo of the role he was midway through as Eric Draven, a man shot to death by a gang of thugs who comes back to avenge his and his girlfriends’ murders.

It’s said the hard-partying Reed arm-wrestled and drank the night away in a bar before dying of a heart attack in Malta while on set. The rest of us can only hope we get to die doing what we love that much…

He’d almost completed work on Ridley Scott’s Best Picture-winning swords and sandals epic, so his death didn’t fundamentally change the story, but the production spent $3m digitally animating Oliver’s face onto a body double. Other scenes (like that of his attack and murder by centurions) were reshot from a different angle to hide the double’s face.

The Imaginarium of Dr Parnassus (2009)

When news of his death broke, the world was still waiting for what promised to be the role of Ledger’s short career as The Joker in The Dark Knight (one he’d posthumously win the Best Supporting Actor Oscar for), but the eternally unlucky Terry Gilliam had already shot all Ledger’s real-world scenes for his modern fairy-tale.

It was an inspired (and lucky) bit of story rejigging that saw his character, Tony, look different every time he appeared in the titular fantasyland, with Jude Law, Johnny Depp and Colin Farrell playing him in each new incarnation.

Director George Sluizer had completed 80 percent of his film about a man suffering the effects of living on a former nuclear test site when star Phoenix died of a drug overdose on a grimy Sunset Blvd sidewalk. Financial backers decided it couldn’t be completed without Phoenix and still make sense and shut production down.

But Sluizer spirited copies of the footage away for himself and 19 years later (what must be the longest period between the end of production and release ever), he re-edited and released the film to mixed reviews in 2012.

The word ‘irony’ was tossed around online amid the shock and grief at the news of Paul Walker’s death in a car crash in California. Co-stars and new Fast and The Furious director James Wan posted their disbelief and prayers, and Universal quickly issued a statement that the film would go ahead.

In pure financial terms the studio can’t afford to scrap the golden egg-laying Furious franchise, but how filmmakers will complete a movie about dangerous driving without it ending up feeling creepy is going to be a bigger hurdle than schedules or rewrites.