Skip to content
March 13, 2007 in The West Australian See more stories from this title 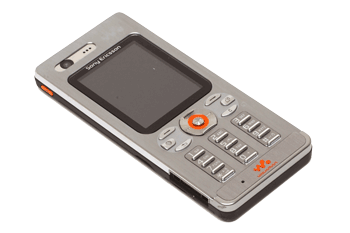 Phones with MP3 players in them are an interesting proposition. Mobile phones have been mainstream for over 10 years now, MP3 players over five years. Many of us already have more than one of each in the backs of cupboards or various desk drawers at home and work.

Virtually the only market for a device that combines the two is for people who feel like both a new phone and a new personal music player and opt for the convenience of having both in one.

Another obstacle stacked against such a device however — including the Sony Ericsson W880i — is that the music player component will be limited by disk space. Even with the 1Gb memory card that comes standard, there are MP3 players around with much more storage, even aside from the industry standard iPod and its 60Gb disk.

Memory cards will of course get bigger, so there’ll be a day in the future where the W880i will legitimately compete with every phone and music player available. But for now, the total storage space will hold about 250 songs, not including other media like photos and video.

Despite the inherent limitations of this class of device, the W880i is the most compelling phone/music player in it. It’s tiny — only about the surface area of a credit card, only slimmer and longer, and an incredible 7mm thick. The buttons are tiny but the interface is so well designed they’re not nearly as uncomfortable to use as they look. The surface is a very attractive brushed steel and it’s as eye-catching as it is functional.

The Sony Ericsson onboard navigation menu system is bright, user friendly and aesthetically pleasing — even on a screen only 4 x 3.5cm in size.

The Walkman component is a considerable improvement on earlier ‘Walkman’ branded Sony Ericsson phones. You access it through the menu or with a dedicated button on the body. The player and playlists are easy to navigate, construct and manage and as the phone goes to sleep after lack of use, using the Walkman doesn’t use any more battery power than normal.

The headphones are awful and the first thing you’ll have to do is throw them away and either use your iPod headphones or buy a good quality set.

A handy point of difference is a small slider on the body that controls your volume, rather than up and down buttons. The slider doubles as an even more intriguing tool, the zoom control for the camera. With a range of settings from special effects and night mode to burst (where it takes four exposures in rapid succession), the camera is better appointed than most mobile cameras despite coming in a package half the size of most phones. What’s more it’s one of two — a further camera can be found on the front for video chat.

Although the sound options on the phone are extremely varied the in-call volume leaves a little to be desired, so an attachable mike and headphone will be an essential for long term use.

The W880i has every feature you’d expect in a modern mobile, and those features have more options than you’ve seen before. From sending a photo straight to your online blog to being able to read a greater range of music file formats there’s little it can’t do. If you fall into that small gap of people who need a new mobile and a new music player but don’t need room for many songs, it’s the best around right now.