Skip to content
March 21, 2011 in The West Australian See more stories from this title 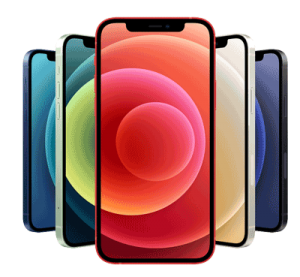 They’ve always been the poor cousin to the Harry Potters and Da Vinci Codes of this world, but an Australian publisher is betting that short fiction might finally have found a home. HarperCollins is releasing story collections by its authors as single purchases specifically because of their length for consumption on the e-reading devices now crowding the market.

In a move that seems obvious in hindsight, publishing director Shona Martyn equates it with the way people buy music today, buying a single track instead of forking out for the whole album like their parents had to. “It suits electronic devices like a phone,” Martyn explains. “How convenient it is if you’ve got a short story in your phone and you get stuck at the doctors or whatever? I thought it was a really good opportunity to try and see if people wanted to buy short stories in an instant way.”

So far the promised revolutions in ebooks have resulted in price, format and device wars between big players like Amazon, Barnes & Noble and Apple, but there is a wider cultural precedent. Called keitai shousetsu, the mobile phone novel took off in Japan around 2004. Originally authored and read by young women, they mostly dealt with relationships and quickly took Japanese youth by storm.

You get one by subscribing to the whole novel, sent to your phone one short chapter at a time via SMS, and they’re a cultural and commercial force to be reckoned with. The one that started the craze (Deep Love) was so popular it was then published in book form and sold 2.6 million copies. Today, Maho i-Land is the biggest cell phone novel site, containing a million books and getting 3.5 billion hits a month.

But while Australians are warming to the idea of using their phone to do more than talk to people thanks to the popularity of the iPhone, our mobiles aren’t quite as important to our lives as they are the Japanese. As early as 2000, futurist Howard Rheingold noticed with interest that Japanese teens spent more time looking at their phones than talking on them as they used online service to find their way around and connect with friends.

Martyn confirms she’s hoping to create the demand among Australian users rather than tap into one that’s already there. “Some publishers overseas are experimenting or planning to experiment in this area and we had a very good collection ready to go. All we really needed was a little bit of work behind the scenes. We put a little cover on each one so it looks smart to people. If you?re experimenting you want people to have a good experience.”

Way back in 2004 before anyone was talking seriously about ebooks, Martyn made a prediction that sex and erotica would find their natural home as ebooks, one she still believes. The first set of short stories released is by HarperCollins author Tobsha Learner, who specialises in short stories with varying degrees of lust and sizzle.

In one sense HarperCollins’ move is tacit admission that the practice of reading itself is changing. Gone are the days when sitting yourself down, laying in bed or at the beach and opening a book was the only way you could read. Today the delivery platforms are as varied as the content — as the Japanese cell phone novel proves, the platform even goes as far as shaping the content.

But isn’t it a sad indictment on our overstressed, rat-race society when the idea of reading one very short piece of fiction quickly holds so much appeal, simply because so few of us have time to sit down and wile away the hours with a good book? “People do want information in shorter snippets but I think we also want variety and that’s what the digital world is offering people, different ways of reading a book,” Martyn thinks.

“I find I’m doing it myself — choosing which books I’m buying on paper and which ones I download. A lot of this will just be experimenting to see what people want and that’s the exciting bit.”