Skip to content
May 20, 2014 in Zoo See more stories from this title 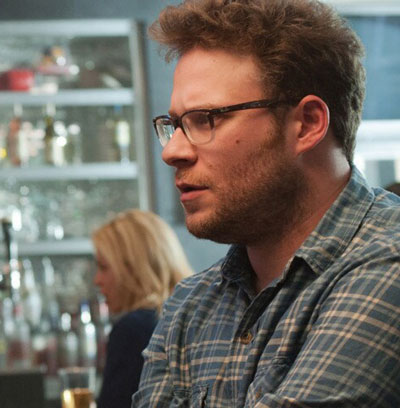 Were you surprised by how funny Zac Efron was?

Sometimes you meet people and you kind of get their sense of self-awareness in a weird way, how aware are they of how they’re viewed by other people. That helps a lot in comedy. When I first met Zac he was very self aware, he was almost apologetic for who he was as a person with his public persona.

As soon as I met him I thought he’d be funny just because of his attitude, he was very smart and had a very good perspective on himself.

You were pretty lean and ripped back in The Green Hornet. What happened?

The incentive of not being in one of those movies is what happened.

I’ve kind of normalised I guess. I could definitely be in better shape but nobody liked the Green Hornet Seth Rogen. Audiences have spoken.

So no more superhero movies for awhile?

I don’t think so. We’re writing an adaptation of Preacher, it’s a superhero graphic novel we’re turning into a TV show. It’s much more subversive and R rated than other comic books so it’s a much better fit for our sensibility.

Will there be a role for you in that?

Probably not. Maybe eventually I’ll do something but right now as we’re planning it I’m not going to be in it.

You’d only have to work out again.

Exactly. No one wants that.

Did you get much taste of the Australian sense of humour working with Rose?

I did. I grew up in Vancouver where there’s a ton of Australians, several of my teachers in school when I was growing up were Australian.

But that’s one of the reasons I was a big proponent of Rose using her natural accent. There’s little turns of phrase and expression that are very funny that Australians have. When you allow someone to fully tap into all that it’s really funny. The ‘chancellor’ joke is one of my favourite in the movie, and that just came out of the different terms that we use in Canada, America and Australia.

Were you tempted to have a suck on Rose Byrne’s fake boob?

Not at all. I maybe spoke to it once or twice but that’s it.

I dropped out of high school and didn’t go to college. When I was at the age I was supposed to be in college I was making a TV show about college and through that I vicariously got to live out of the stupid behaviour of college.

I also was living out of home for the first time. I got my own apartment with another guy, Martin Starr (from TV’s Silicon Valley). We did a ton of really stupid stuff.

What’s your wildest exploit from that time?

Oh man, there was just a lot of highly illegal activity going on. I don’t know what the statute of limitations is.

Somehow someone knew a guy that would get pounds of Mexican weed for a few hundred dollars, so I remember we had pounds of weed in our apartment, which was really not smart but because of that the whole era’s somewhat of a fog.

He was a good guy to know.

You’ve done some directing but only with partner Evan Goldberg. Any reason, can you just not imagine doing it by yourself?

At this point we’ve created a slightly codependent creative relationship with one another. Maybe at a small scale I could see myself doing it without Evan, but as far as a movie goes, we just finished directing our second movie, we’re editing it now.

It’s hard because when I look at the product I just know it wouldn’t be as good if only one of us was there so it’s hard, and it’s just more fun. We get along, we get to hang out all day, it’s not just me sitting alone in a chair it’s me sitting next to one of my best friends who I’ve known since I was 11 years old. So it just makes everything easier and makes the product better.

If you worked separately it’d be like you were cheating on each other.

Exactly, it’d be very awkward. He wrote The Goon with Jay [Baruchel], not me, and I’m still upset about it.

What’s coming up next?

A comedy with a lot of dick jokes. [The Sausage Party] is one of our real passion projects we’ve been trying to make for years and years. We got really excited about the idea of making the first fully CG Pixar-style R rated comedy.

We started joking around about food in a grocery store that’s kind of slowly realising perhaps what they were taught happens when they get purchased isn’t what actually happens.

So it’s an oddly existential movie in some ways. But it’s really funny and the cast is great and it’s totally crazy. We’ve been recording the cast for the past few months and watching it come together and we turn to each other every time we watch it and say ‘I can’t believe this is a real fucking movie’.

Anything else coming before that?

The Interview comes out in October, that’s got me and James Franco and it’s the second movie Evan directed.

What do you make of James and Zac’s problems in social media and real life of late?

Anyone pays enough attention to anything anyone does and some shit’ll come up eventually.

What’s the stupidest thing a reporter’s ever asked you in an interview?

Good question. Every once in a while someone will ask why I make such Jewish movies. ‘Because I’m fucking Jewish you idiot’.