Skip to content
September 1, 2020 in SyFy Wire See more stories from this title 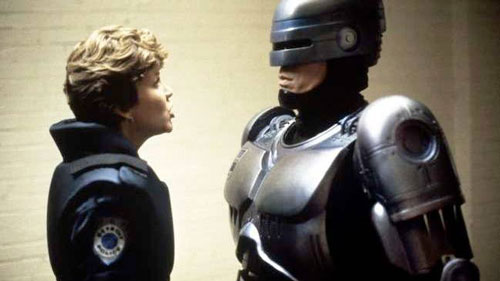 In the mid-1980s we wanted to live in worlds where we busted ghosts with slacker ex academics, buckled swashes on Indiana Jones’ second adventure, and owned a pet mogwai (even promising we wouldn’t feed it after midnight).

But at the same time, a studio development executive was creating a world we didn’t want to live in, of the crumbling inner city abandoned by political leaders as self-serving corporate interests commoditized everything. Even the police force was expendable, leaving a vacuum for those multinationals’ other product lines to fill.

RoboCop, when it premiered in 1987, was a nihilistic, violent, self-contradictory hybrid – gleeful, glossy, and aware of all the toy tie-in genre tropes while also serving as an urgent, terrifying prophecy about capitalism gone mad all at once.

Director Paul Verhoeven brought a very European non-squeamishness to the unflinching story (a gang shooting a cop to death and laughing about it? Street thugs threatening to indecently assault a woman? A guy half-melted by toxic sludge splattered into paste by a speeding car? All on the table.) and got a much harder R than most of its ’80s contemporaries like Beverly Hills Cop or Scarface.