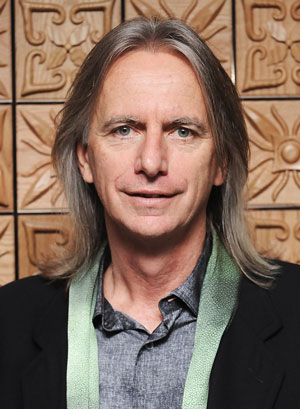 It’s an old cliché that overnight success takes ten years. South Australian director Scott Hicks had quietly toiled in the Australian industry for over 20 years prior to exploding onto the world stage with 1996’s Shine.

But like his Shine star Geoffrey Rush, Hicks seemed to start at the top and have the world at his feet. At the time Steven Spielberg said ‘This is a film I wish I’d made myself.’

Where else was there for the 59-year-old to go after that but Hollywood? His subsequent output wasn’t nearly as prolific as his pre-Shine documentary short career and since then he’s made arguably one of the best Stephen King adaptations in 2001’s Hearts In Atlantis and tackled a romantic comedy in 2007’s No Reservations.

As he told Drew Turney while promoting The Lucky One, he turned to the romantic drama for the intriguing premise, having one foot in Australia and one in Hollywood and the contractual obligations about Zac Efron’s butt crack.

What convinced you Zac was the man for the lead?

The studio was obviously very enthusiastic, so I met with him. To be honest, just knowing his previous films I wasn’t sure at first whether this was right for him. But what convinced me was his eagerness to play the part. He had an absolute desire to take it on and you want that hunger for a role in an actor.

Secondly, he made a pledge to me right at the outset because I told him ‘we’re going to have to turn you into an ex-marine’. He asked me what he needed to do and said he’d do it, whatever it was. I told him to remember that conversation because I was going to ask him a lot.

And to his huge credit he did the work, this huge physical task of putting on 25 pounds of muscle. It’s the most boring thing in the world – three hours a day, 6,000 calories a day – and he did it. He was fine with us cutting his hair. He set aside all personal vanity issues and submerged into this role.

But just as important as all the physical elements was his mental outlook and finding that element in himself that could put the mask over his natural charm and exuberance. He’s so open and so easy going and this character was just so different to that, so he found that element in himself, which was great. It made my task easier.

Even though it looks like a Scott Hicks film it was a little different from what you’d done before.

Sure. What drew me into it was the premise of the story. I thought it was fantastic, finding this photograph after a battle in the desert, and having it change this person’s life and the lives of all these other people as well. I found that really intriguing.

As to the genre element of it, yes it’s a romance, that’s clear. But it’s how you tell that story in a way that takes the audience on a new journey where they haven’t seen it happen. How do you maintain or stay a step ahead of the audience? That’s the challenge.

Were you inspired by any other movies for certain scenes or looks?

Not really. When it came to the love scenes, Denise (Di Novi, producer) had all these other movies lined up for me. And we were looking at all these love scenes and I realised I don’t need to look at how it’d all been done before, I wanted to try a different way to express this. I wanted their first time together to be as explosive and edgy as you can get within this rating.

Also, doing war scenes were a novelty for me, so again it was about finding a way to tell the story that keeps the audience eager to follow the characters. Everything I’ve done has been character driven drama, so why not a romance? Let’s see if we can make that work.

How much direction do you need to give during a love scene?

Look, shooting a love scene is hilarious but only when you’ve got actors as good as these who are willing to abandon themselves to it. They totally trusted each other and trusted me. You have a closed set with very few people, literally the camera operator and me and that’s it. If there’s a secret to it it’s just to make the actors comfortable enough with each other to take a risk.

But it’s funny when you tell people ‘touch each other there, do this’. I’m telling Zac Efron how to make love. I don’t think he needed much telling, to be honest.

How aware do you have to be about how much nudity you can show according to what the actors want?

It’s all laid out in the contract exactly what you can and cannot see in hilarious language created by lawyers. But of course anything happens when you’re filming. You shoot and shoot and then of course later you say ‘oops, better edit that out’.

After Shine made such a splash, have you ever been conscious of living up to your own high water mark?

No, never. It’s been a great boon because it never goes away and it’s a wonderful thing to have experienced. And it set a hallmark for the things I like to do – I like to with actors from all over the map, from the high end movie stars through to children who have never acted before. I’ve always had an ensemble feeling in my films, and all those things really do stem from Shine.

Also there’s the visualisation, the way I like to tell a story.  Each film has had its own language but there are probably clues in there about the way my mind works and how I like to look at things. The visual elements of a film are incredibly important, and with a romance – or any kind of drama – what you put in the frame can even subliminally take the audience with you. In this case it was the lushness of Louisiana and all that verdant greenery dripping with Spanish moss. It created an atmosphere within which this romance seems possible, and it’s so far removed from the war at the beginning that it’s a healing sort of environment in some way. So all of those elements certainly hark back to Shine.

Because you’re so comfortable in that environment, was the war footage a challenge and is it something you’d like to do a bit more of?

It’s fun to show you can do different things. I wanted to make that feel as graphic and immediate as possible. My son, who’s in the movie, gave me a whole lot of YouTube links of this grainy, gritty, infrared, ghastly footage of night raids. I’m looking at them on a screen the size of a phone and my pulse was racing and I was sweating and I thought ‘I can take that technical imperfection and blow it up big and use that as a way to get into the movie’. That was an exciting thing to play with.

After Shine we lost you a bit to the Hollywood system up until The Boys Are Back (2009). Would you still like to work at home as much as you can?

I’m writing a screenplay at the moment that’s set in Australia, so we’ll see. I’d love to. Doing The Boys are Back at home in South Australia was quite fantastic for me and I’d love to do it again. But it’s nice to step in and out of different worlds whether it’s documentary, film, do one at home, do one here. It’s a privilege to be able to negotiate those different worlds.