Skip to content
September 1, 2006 in Xpress See more stories from this title 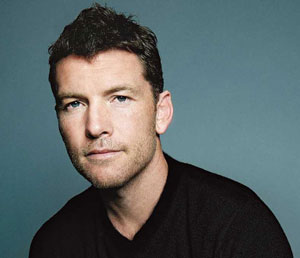 Just as Australia was the global flavour of the month during the ‘shrimp on the barbie’ period of the mid 80s, Perth is very much in the world spotlight right now, hogging the attention of the traditional capitals of culture in Sydney and Melbourne.

All over the world they’re talking about (and signing up) our photographers, fashion designers, bands, writers and actors. And it’s not just Heath and Hugh calling attention to our screen and theatre talent.

So when Zebra asked Sam Worthington when he’s going to make the big jump to Hollywood and follow Ledger and Jackman’s footsteps, he says in total seriousness; “I like living in Australia. I’d rather Hollywood came to me.”

It’s not as far-fetched as it sounds. After fun commercial turns in Dirty Deeds, Gettin’ Square and the critical smash Somersault, Worthington lights up the screen in Geoffrey (Romper Stomper) Wright’s MacBeth, released this month and sure to generate even more attention.

But in taking the titular role in one of Shakespeare’s densest works, isn’t Worthington in danger of broadsiding his rising appeal? With the exception of Baz Luhrmann’s Romeo+Juliet (which, let’s face it, was such a smash because Leonardo DiCaprio is so pretty), the Bard doesn’t traditionally light up the box office.

Asking Worthington about the decision to take the role, we expected the usual airy-fairy response about not really making career plans but responding to scripts that ‘speak to me’, but Worthington knows exactly where he’s headed.

“Yeah, I’m really careful about my career choices,” he confirms. “After 10 movies I’m only just beginning. That’s my apprenticeship. People say ‘that’s a whole career,’ but I think my career can start now with something like MacBeth that’s high risk. I don’t know if people are going to like it, but I’d rather do something that has the potential to fail because it makes me work a bit harder. You learn the tricks, you get established and you give yourself a solid base in order to take more risks.”

Like Luhrmann’s contemporary take on Shakespeare’s great romantic tragedy, Worthington as Macbeth might be a vibrant new way to bring Shakespeare to a new generation. Aside from saying he wants to reach people who’d ‘never go and see a Shakespeare movie’, Worthington sees it as a unique opportunity for himself too. “You never get a chance to do top roles like Macbeth or King Lear or Hamlet till you’ve earned your chops and you’re 60. I did it when I was 29. It gets a very different energy about it.”

But donning a kilt and learning lines so dense with vernacular Shakespeare newbies will at times struggle to keep up doesn’t mean Worthington’s turning his back on escapist fun. Soon to follow Macbeth is the early 2007 release of Rogue, Greg McLean’s follow-up to queasy horror smash Wolf Creek.

“I saw Wolf Creek and just loved it,” Sam says. “I did whatever I could to get on it. That’s one of those things where you don’t need to read the script, you just want to work with that director and I was lucky enough to get a part and spend time in Kakadu jumping around with a massive crocodile. It’s a popcorn movie, those are the films you do because you want to work with a mate or somebody you admire.

If Worthington does move to America, even temporarily, the one thing he’s determined to take with him is confidence in himself. “The more movies I can do in Australia, if I got to America I can stand on my own two feet. I won’t be scared just because I’m up against some good-looking bloke out of The OC. The movies I’ve done here back me up, then I’ll go and conquer the world.”

Playing literature’s most famous power-mad warrior with steely intensity in MacBeth,
‘conquer’ is a word that sounds eerily correct coming out of Worthington’s mouth, and this Perth boy might make Hollywood come to him yet.