Skip to content
June 14, 2012 in The West Australian See more stories from this title 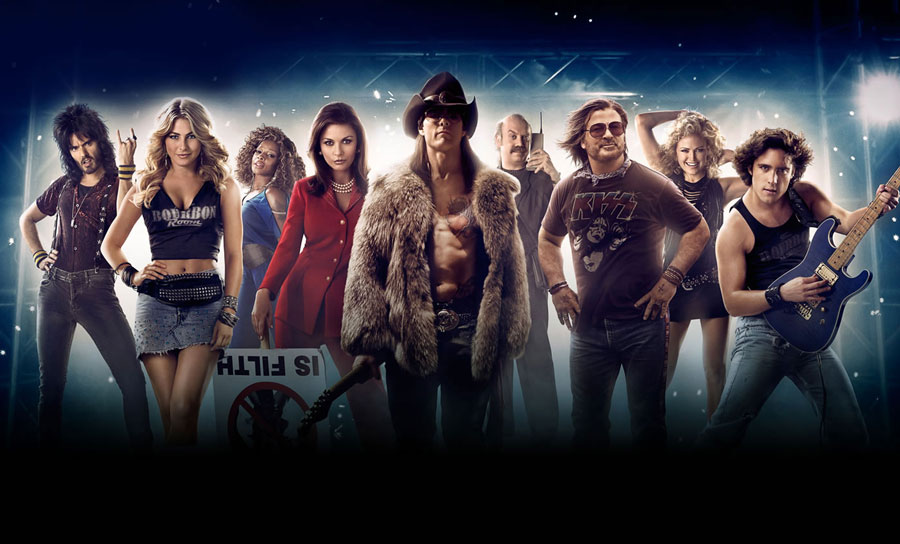 Director Adam Shankman explains the thoroughly modern movie musical and how Rock of Ages is still a risky bet.

Adam Shankman, director of the smash musical Hairspray and this week’s Rock of Ages, has a simple pitch for his movie. “I wanted to make a movie for straight guys,” says the 47-year-old, “one where straight guys wouldn’t be embarrassed to say to their girlfriends ‘let’s go and see this movie’. Saying to your buddies ‘hey, let’s go see this movie where they’re singing Def Leppard and there’s a bunch of strippers!’… It kind of works a little bit better.”

When one of the reporters at the LA press event pipes up that he’s straight and he liked Hairspray, Shankman doesn’t hesitate. “Yeah, but were you talking to your buddies about it?” That’s the out and proud filmmaker to a T – fast talking, always ready with a quip, but with an unabashed love of the art form.

Shankman’s running in the right circles at the moment, with musicals very much on the Hollywood radar after the phenomenal success of Mamma Mia. It’s been a few years since the ambitious and critically triumphant Chicago walked off with Best Picture, but with musicals still packing theatres and cinemas the craze shows no signs of stopping. If nothing else, Shankman is a smart man for trying to expand his audience. Rock of Ages is his love letter to the late 80s glam rock movement and the famous (and infamous) characters and music that formed it.

“This is a little on the sexier side,” Shankman continues, talking about comparisons to his older work and why he has high hopes. “It’s got these classic rock songs that are literally like a wallpaper of ESPN. It’s music straight guys know every lyric to, so it accessible. It’s a gateway to a different kind of a movie experience for that.”

As well as a sexier tone to go along with the excesses of the age, Rock of Ages also has a slightly more satirical approach. Some scenes make you wonder if Shankman and his writers are poking fun at the era, one 25 years of hindsight proves can be a little ridiculous. But one thing he didn’t do was make fun of the music itself, still beloved by millions of fortysomethings.

Shankman also didn’t want to be as tongue in cheek as the play on which the film is based. “Bret Michaels [Poison frontman] came to set and I saw him and said, ‘dude, I want to show you something’ because I had just cut together the Pour Some Sugar on Me number. So we went to my trailer and I showed it to him and he didn’t say anything. He stood up and just hugged me and said, ‘thank for not making fun of us all.’ I think that’s the difference between us and the play.”

If you’ve seen the Rock of Ages poster you’ll know there’s one cast member that stands out in particular, not only the biggest star on the planet but one who’s not known for his singing.

The director tells the story about how he met Tom Cruise at a kid’s birthday party. They got talking, Cruise told Shankman his daughter Suri was a big Hairspray fan and Cruise – slightly jokingly – suggested the two make a musical together. Rock of Ages came up and, as Shankman describes it, they discovered Cruise had ‘this voice’. The star signed on to play jaded rock star Stacee Jaxx and the pieces fell into place. Actors from Julianne Hough (Footloose) and R&B singer Mary J Blige to Alec Baldwin and Russell Brand signed up.

Actress Malin Ackerman, who plays the reporter that shakes Jaxx out of his torpor, laughs that she would have got down on her knees and begged for the role. “When I was asked to come in and read with Tom I had to do an acting and then a vocal audition,” she says. The vivacious blonde ex model actually found singing scarier than cavorting with (and on top of) Cruise in a very sexy dance scene that pushes the boundary of the movie’s PG-13 rating.

Lead actor Diego Boneta had a quite different experience from his co-stars, most of whom signed on merely at Shankman’s request. “It was six weeks of back and forth and singing and acting and recoding and then I auditioned with Julianne,” The Mexican actor says.

But even as Shankman says of Boneta, ‘he was perfect’, he had a rocky road to cast him. “I went to the studio and said ‘I found him, his name is Diego Boneta’. They were like ‘what the f___ are you talking about? We want Zac Efron’. But I said no, Zac did this for me, I want fresh and I want new. So Diego cam in and auditioned six times, I really put him through it. We all recorded More Than Words in Heaven and I knew there was no one else in the world for me.”

But despite the good pedigree and the success of the genre, Shankman knows Rock of Ages is no sure thing. “It’s not just a comedy, it’s a musical, so people already have a weird thing about it, and at the end of that it’s just about a bunch of love stories cloaked in this really fabulous music. So I’m trying to appeal to as broad an audience as possible.” With retro music always in style and musicals packing your multiplex, it seems like mission accomplished.