Skip to content
April 10, 2019 in Cosmos See more stories from this title 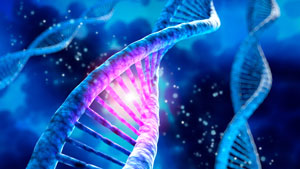 It’s long been a dream of many to build robots that look and act like humans. After all, there’s a reason that the most beloved robots from entertainment and culture – C3PO from Star Wars, or Data from Star Trek, for instance – are so humanlike.

But rather than build them out of batteries, central processing units, servos and hydraulic joints, what if artificial lifeforms could be made using technologies that mimic the biochemical processes of life itself?

A team at Shanghai Jiao Tong University in China might have just taken the first step, using DNA-based materials that undergo cycles or growth and decay by mimicking processes found in biological metabolism.

In a paper published in the journal Science Robotics, Shogo Hamada and colleagues report the invention of a system they dub DNA-based Assembly and Synthesis of Hierarchical materials, or DASH. They describe it as a ‘bottom-up construction of dynamic biomaterials representing a combination of irreversible biosynthesis and dissipative assembly processes’.