Skip to content
May 20, 2008 in SPG Media See more stories from this title 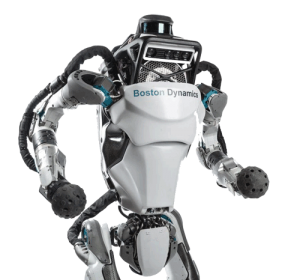 You might be surprised to know robotic weapons first appeared in the Second World War with the Nazi’s Goliath tracked mine. Measuring 2ft x 4ft x 1ft, the miniature tank was packed with up to 100kg of explosive and controlled by a hidden operator who sent commands to the device via long radio cables.

The Goliath was expensive, slow and didn’t have much ground clearance. All brave Polish Home Army soldiers needed do when the Goliath was deployed during the Warsaw Uprising was run from hiding to cut the command cables, immobilising it.

Computers, communications technology, optics and materials development have advanced army robots considerably since those days, and programmes in development and in the field are as varied as the battle conditions armies operate in.