Skip to content
July 20, 2009 in Xpress See more stories from this title 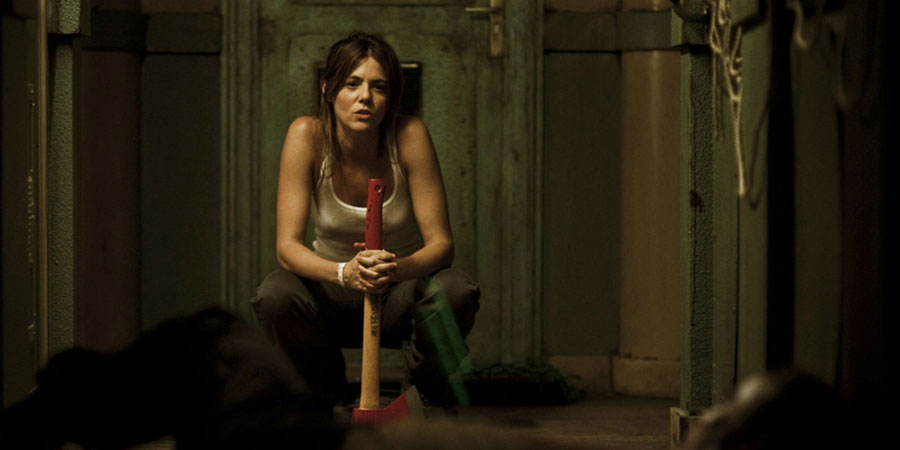 That’s all changing as Hollywood attempts to court the YouTube generation, viewers who speak the a single camera and a single point of view. Cloverfield made a loud splash despite dismissive tags like Blairzilla, and [Rec] has hardly hit cinemas as the US remake faithfully brings up the rear.

It’s a trend that could get dull very quickly, but if every entry in the first POV subgenre is as thrilling, gripping and full throttle as [Rec], we’re in safe hands. That makes it sound like a high octane action thriller, and when the lights come up at the end you’ll be exhibiting the same signs; sweaty palms, a jackhammering heartbeat and adrenaline.

Pretty young reporter Angela and her unseen cameraman Pablo are doing a segment for their TV show While You’re Asleep, about a firehouse in an unnamed Spanish city. After a quick tour, the two wish something would happen to liven the proceedings up, and when a non-urgent call about a woman trapped in an apartment comes in, they’re hesitantly hopeful.

When they find an injured and slightly hysterical woman, it’s nasty but hardly the thrills Angela and Pablo were expecting. Suddenly the woman turns on them, attacking and biting a police officer, and they only we know that they don’t is what they’re faced with – zombies.

They bundle the injured man downstairs to find the doors sealed, cops and choppers circling outside, the building being covered with plastic sheeting and authorities radioing in to say it’s to stop a biological infection. But as we know, zombies don’t stay dead. As everyone from the sweet little girl to the firemen trying to keep order succumb, carnage and chaos descend.

As Angela and Pablo try and stay one step ahead of the nightmare, you’ll be with them every step of the way, and not just because of the immersive nature of the experience, with Pablo the cameraman being essentially us – the audience. It’s because the whole thing is so realistic. When Pablo runs in terror, surrounded by screams and inhuman roaring, you believe he’s a man running from zombies. When he stops still to get a shot – usually encouraged by Angela, who’s determined the truth gets out – the horror fills the frame.

Writer/director Balagueró ratchets not only the fear but the desperation up in steady beats. An alternate title could easily have been ‘Panic’, [Rec] so completely grabs you by the throat without letting go. The few times you sense you’re in for a few sequences of exposition, another bloodied, snarling face or angry squeal bursts forth.

If we do have to have a rash of online video-inspired films, [Rec] is a lesson to directors everywhere on how to do it just right.