Skip to content
November 1, 2005 in Books & Publishing See more stories from this title 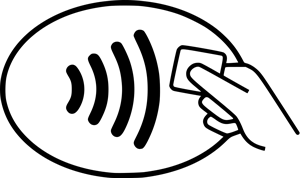 Yes, we still read books on paper. But maybe you weren’t aware of just where the digital revolution can take the paper out of the book trade. Drew Turney spoke to Gary Pengelley of TEDIS to find out how.

Like most other industries, a little thing called TCP/IP transformed the way bookshops and publishers conducted transactions.

The basis for transporting data over the Internet, it laid the groundwork for sharing information in a common format the way we still do today. The form you’ll be most used to is the simple web page, which your browser renders on screen the way the website publisher intended.

But there was a whole other face to data transfer which some people believed would outstrip regular Internet traffic — including online consumer purchasing, and that’s businesses exchanging trade with each other (or B2B, the now little-used catchphrase).

To allow that much commerce smoothly over data networks, we needed a system that came to be called EDI (electronic data interchange), one that in fact predates the Internet in its current form.

‘Today EDI is a relatively old term. The more relevant term today is e-commerce.’ That’s Gary Pengelly, founder of Pacstream, which was one of the pioneers of EDI in the book trade. Pacstream was established following Pengelly’s work with the book industry standards committee.

‘I got involved in the EDI era back in 1991 to look specifically at the technology as the result of the demands being placed by ColesMyer,’ he recalls. ‘It was out if that process I decided there was an opportunity to provide these services to booksellers and publishers, which I did in 1995 by establishing Pacstream.’

Using Tedis as their service provider at the time, it was a natural progression that the two businesses merge in 2000, and he describes the arrangement as ‘the Pacstream service offered by Tedis’.

The old way is still familiar to some; bookshop spends half a day faxing orders to dozens of publishers, publisher keys orders into their system, issues invoices, bookseller receives invoices and issues cheques, publisher receives cheques and banks them.

At its most simple, Tedis’ service to publishers and retailers is a way of making the systems at each end talk to each other directly and in real-time. No more telling your hopeful customers ‘sorry, have to wait and see if it’s available or on backorder.’ EDI does it all, making Tedis a clearinghouse for the entire transaction in virtually one step.

So how does Pengelly see the future of book supply shaping up?

‘There are still a number of organisations who support what we’d call ‘traditional EDI’. Although traditional EDI now refers more to the traditional messaging formats like Edifact and ANSI [respectively, the United Nations and Accredited Standards Committee-backed systems], those more formal formats are probably being exchanged using Internet based protocols like FTP or email.’

And the way he sees it, there’s more work to be done and the sky’s the limit. ‘There remains significant opportunities to get further efficiencies by going further along the supply chain. There are now a significant number of electronic invoices going straight from the supplier. The impact of that is not only invoices going straight into booksellers’ systems, but allowing booksellers to prepare for receiving all their stock in advance of it actually arriving. If they sticker all their books, for example, they can print the stickers to be ready. It takes all the guesswork out of it.

‘That’s physically happening now, and if you extend that to the next level, the opportunity to send an electronic message straight back to the supplier with any shortages in that delivery means you can get closer to real-time reconciliation of the invoice. The amount of reconciliation that goes on between publisher and bookseller just to write a cheque out at the end of the month is enormous.’

After a career in the publishing industry at names like McGraw Hill and HarperCollins, Pengelly saw a need even before technologies like the Internet unleashed the full potential of that need. And as everything from Internet access to desktop network technology becomes more affordable whether you’re a one-man bookshop or the biggest publisher in the country, it can only get easier to do business thanks to services offered by companies like Tedis.