Skip to content
April 18, 2011 in The West Australian See more stories from this title 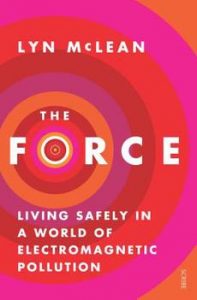 Cigarette manufacturers fought a PR war against regulators and public opinion for decades until the overwhelming evidence made them admit their products were bad for us. To a growing number of scientists, educators and advocates it’s a battle we should be having again very soon about a far more pervasive danger to our collective health — electromagnetic radiation.

Not the kind we’re all worried about from the Fukushima nuclear power plant. Every time you flick a switch the device generates an electromagnetic field whether it’s a blender, TV or lightbulb. In generations past it wasn’t as much of a concern — we sat across the room from the TV and the lights were out of the way on the ceiling. But today we work, relax and even sleep in close proximity to devices that emit powerful electromagnetic signals, many of them wireless (which means they broadcast far stronger fields to connect with various base stations or receivers).

Two books out now are part of a quiet but building movement asking hard questions about electromagnetism’s effects on human health and demanding answers from apathetic and commercially conflicted policymakers. The Force, from consumer advocate Lyn McLean (director of research body EMR Australia), investigates whether we can live safely in a world blanketed in electromagnetic fields. Disconnect, from US-based epidemiologist Devra Davis, wonders how the mobile phone has conquered the world in the face of the all-but-proven risks.

Health problems from electromagnetic radiation might end up a far bigger problem than smoking ever was. 72 percent of Australian males smoked in 1945 versus 17 percent in 2007 according to the NSW Cancer Council, whereas the federal Department of Broadband said an average of 84 percent of Australians over 14 had a mobile phone, and that was in 2006. Clearly, far more of us are going to be affected.

But in The Force, McLean points out we should be careful not just of new technologies. The electrical wires in your walls generate an electromagnetic field. Position a bed or living area badly in relation to wires or the meter box and you might increase the risk of anything from skin lesions to miscarriage and depression to cancer.

While that might sound not just alarmist but vague, it’s precisely why more research is needed. Climate change deniers want to argue irrefutable evidence that human activity is raising the global temperature, and in the same way, study after study has shown how electromagnetic fields affect the behaviour and function of human cells. Just like an antenna picks up a TV or mobile signal, electromagnetic fields can interact with chemical receptors in your cells, changing the growth, life cycle and reproductive properties of any number of them. And since your body is just a huge collection of cells, the effects can manifest in any number of diseases and disorders.

McLean has been following developments in the field for 15 years and she’s heard stories a lot of powerful interests don’t want you to know. “What concerns me is that so many people are suffering as a result of what seems to be electromagnetic radiation, and improving when they’re taken away from fields, yet their stories aren’t being taken seriously by authorities,” she says.

To McLean, whose company can test your house for EM fields if you’re experiencing health problems, disinterest from the medical community worries her as much as that from the government. Richard Doll, the UK scientist who was instrumental in establishing the link between smoking and lung cancer, was asked by the British authorities not to make the information public for fear it would alarm people. As the author of Disconnect, Davis agrees, arguing that the mobile phone industry knowingly buries research about adverse effects. As McLean says, “it’s very hard to get that message out there when so much advertising is paid for by the mobile phone industry.”

In many ways, mobile phones are the worst offenders. Your mobile receives continuous jolts of electromagnetism from nearby towers even while you’re not using it. If you’re a heavy user you spend a long time holding an active field generator close to the most important cells in your body (your head). That feeling of your ear heating up isn’t imaginary — it’s the electromagnetic field literally slow-cooking your flesh. Read far enough into any mobile phone manual and you’ll see that even the manufacturers recommend holding the device about an inch from your ear as you use it.

So how have we ended up in this situation? Trying to eradicate the mobile phone and wireless modem (to say nothing of the lightbulb) is obviously never going to happen. The answer lies in managing and — if necessary — restricting the strength of the fields we’re exposed to, and the only bodies with that power are governments and international agencies like the World Health Organisation, which issues the current guidelines.

But are they using that power wisely? According to the International Commission on Non Ionizing Radiation Protection (the WHO’s regulatory act) the general public threshold for safe exposure is 2000 mG (milligauss). You’d think informed scientists worldwide have agreed on such a figure. So why does the International Agency for Research on Cancer call a count of just 4mG ‘possibly carcinogenic’, and why have health problems shown up after exposure to fields of just 2mG?

Even though the bulk of research comes from the mobile phone industry (McLean says the industry has asked researchers to change findings that would harm profits), surely governments are aware of such dangers? Maybe they are, but the catch is that selling space along the spectrum to rich broadcasters is a cash cow for federal governments the world over. “We need research that’s independent of both industry and other vested interests,” McLean says. “Sadly, it really has to be independent of government too.”

Both McLean and Davis believe there’s a new public health battle on the near horizon, one that will dwarf smoking and become as urgent as climate change. Unlike the former (and as urgent as the latter), electromagnetic pollution is going to affect you — if it isn’t already.

What You Can Do

* Use wired rather than wireless devices wherever possible, including corded rather than cordless phones.
* Limit mobile phone use – used a fixed line where possible.
* Don’t charge or leave mobiles near the bedhead overnight.
* Ensure bedrooms and commonly used living areas don’t place you close to the household meter box for long periods.
* Consider looking into your electromagnetic field exposure if any health problems arise.