Skip to content
September 7, 2017 in Redshift See more stories from this title 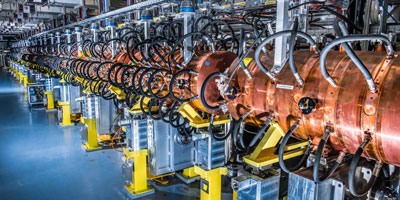 According to the US National Cancer Institute, nearly 40 percent of Americans will be diagnosed with cancer during their lives.Â The World Health Organization names cancer as the second leading cause of death globally, causing nearly one in six deaths. In case anyone needs reminding, cancer is a big deal.

Traditional radiotherapy can damage surrounding tissues because it ionizes the body along its entire path, leading to the potentially serious side effects associated with cancer treatment – which is even more fraught when the cancer is located near a critical organ.

Enter the proton, the positively charged particle found in the nuclei of atoms. Proton beam radiotherapy for cancer treatment, which has been in use as far back as 1954, promises more precise control of where it delivers energy to kill cancer cells.