Skip to content
December 11, 2007 in The Sydney Morning Herald See more stories from this title 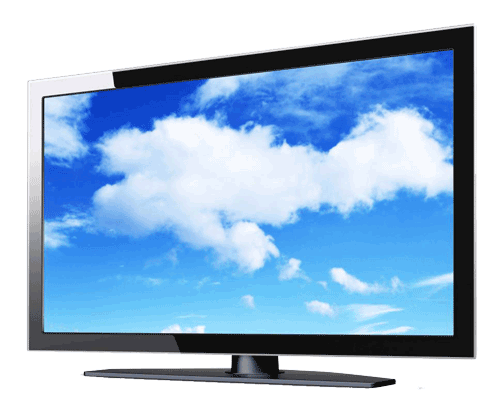 The technology behind LCD computer monitors has been steadily improving in the 5-10 years since they became affordable to the average PC user, and the reasons to buy one are becoming more compelling.

The old style CRT monitor technology (cathode ray tube, the same way a picture tube-based TV works) is high quality but fades over time. Plus, as more of us buy notebooks we’re discovering how ill suited to the desktop they can be as we hunch over them. You might also find the LCD picture more comfortable than the comparatively sharper CRT picture as it’s much brighter, or maybe you’ve just realised how cool LCD screens look.

The most obvious advantage is weight. As an LCD comprises a screen around 3cm thick and a stand, an entry-level 48cm (19′) LCD is still lighter than a common CRT screen of 43cm (17′).

Unlike the old method where streams of electrons lit up a heavy glass screen, LCD is lighter as it’s formed by millions of squares (pixels) that light up in different colours like tiny light bulbs to make up the screen image.

The main drawback is that — like light bulbs — those pixels can blow. You’ve probably heard of ‘dead pixels’, tiny spots that shine a strange, fixed colour. Unlike light bulbs, they can’t be replaced individually, so look into the manufacturer’s pixel policy before you buy — it’s not unheard of for screens to have dead pixels right out of the box.

Most LCD screens will have a 3-year warranty but the screen pixels usually come with conditions. A reputable vendor will offer a no questions asked replacement if you report dead pixels in the first few weeks, but after that it depends how many the monitor develops and where they appear. Dead pixels in the centre area (about eight centimetres square) should still be covered but not those that might appear outside it, so make sure you ask about the manufacturers policy.

Any LCD monitor you buy will have a native (maximum) resolution where the image is clearest. While 1440×900 pixels sounds impressive, be aware of the height-to-width ratio of your current monitor. Most CRT and LCD monitors have similar ratios, but many laptops are wide screen and an external unit might have to ‘stretch’ the image to fill the onscreen space. Taking your laptop to the store and asking them to hook the monitor up to it is perfectly reasonable to make sure you’re happy with the result.

If you don’t already have external speakers, expect to spend another $50-100 on some. Only two monitors tested had onboard sound, both little better than high quality mobile phone speakers with no bass or proper range for music or movies.

Don’t forget to check the monitor port on your computer before you buy either. CRT monitors receive an analogue signal from your computer the way a coaxial cable delivers one into your TV, and many PCs still have analogue ports (referred to as VGA). But there’s a newer, digital standard called digital visual interface (DVI), and depending on the age of your computer you could have either or both. Most monitors will have cables for both in the box, but if not, either one will set you back another $25-50.

All four contenders were easy to unpack and set up. Most monitors come packed fairly flat as there’s no huge picture tube to transport, and it should be a simple matter of securing the screen to a base and plugging in your sound, power and video cables. An incoming LCD monitor addition to your system should reset the screen image to the native resolution automatically, and if you’re connecting it to your laptop you’ll probably have to use the toggle switch to send the picture to an external monitor (Function+F4 on most late models). Any LCD monitor worth its salt should also use an auto adjust to set the optimum colour.

Each model tilted up and down but as LCD monitors are so light, there’s no need for them to swivel from left and right like CRT screens. We tested four 48cm (19′) models, the rough entry point in standalone LCD monitors, and connected them to both a Mac desktop and a Windows laptop running Vista. All were compatible with Vista, Windows XP and Mac OSX, and any decent LCD purchase should have you up and running in less than a minute.

The best and most robust-looking unit in cool matt black, the Accusync has great picture quality at maximum resolution of 1440×900 to go with it. The clarity on modern, graphics-heavy operating systems is displayed beautifully with no artefacts such as ghosting or errant shapes or edges. As NEC’s ‘entry level’ model and despite having a DVI port, there’s strangely no DVI cable.

The 1440×900 resolution picture is as crisp and clear as the NEC Accusync but the speakers have no bass and low quality treble. A fast graphics processing time means it’s built for the high velocity of gaming if that’s one of your criteria, and it’s only just edged out of first place by the faux-metal plastic body panels that show up too many fingerprints and blu-tack stains.

Samsung positions this as a gamer’s monitor because it has similar fast processing times as the ViewSonic and a taller screen (though still 19′) to give games maximum coverage. Unfortunately it costs around twice as much as others in its class and the taller aspect means the image is uncomfortably stretched. It also has the lowest maximum resolution (1280×1024) resulting in a slightly fuzzy picture.

The cheapest of the contenders, and not as good quality as the rest. The Dell showed visible ghosting and pixelating effects while trying to display fine detail. Decreasing the contrast didn’t help but simply made the picture dull, and Mac OSX fared worse than Vista, with icons and desktop elements displaying faint haloes. Combined with no onboard speakers, this is a stopgap or beginners measure only.

The NEC Accusync and Viewsonic are neck and neck as far as picture quality and post-sales support, but the solid-looking profile of the jet black NEC gives it the edge, and vendors shouldn’t underestimate our tendency to buy technology based on looks. If you’re a hardcore gamer the space-oriented Samsung might suit you more, but the NEC handled everything that was asked of it in video, games and applications.