Skip to content
June 29, 2016 in The Sydney Morning Herald See more stories from this title 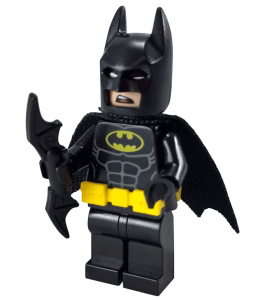 Who else over 30 finds console video games just too complicated? Who’s got time for half an hour of introductions and tutorials before you even start, followed by another hour spent trying to get used to all those buttons?

Enter Traveller’s Tales, a UK game studio that started in 1989 and has produced the Lego movie game tie-ins exclusively since 2005. If you’ve never played one they’re easy, funny and they let you relive some of your favourite movies and the joy of playing with Lego all at once.

You control characters from the movies as they make their way around worlds built from virtual Lego bricks, solving puzzles and moving through levels to ultimately play out the plot of the movie.

But best of all, they don’t need a degree in electronic engineering to play. The controls are easy, the levels don’t take much figuring out, it’s hard to get lost and you can feel comfortable in just minutes. You can lose lives just like in any game, but doing so is pretty easy to avoid and the only real consequence is losing some of the coins you’ve collected (which can be put towards power-ups elsewhere in the game) before you re-appear immediately.