Skip to content
November 23, 2006 in Xpress See more stories from this title 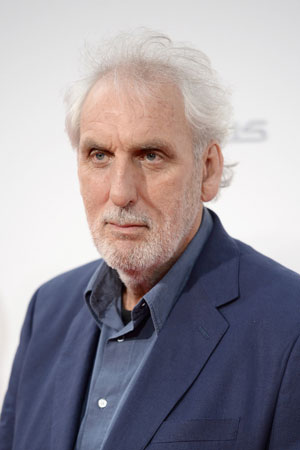 Often people who embrace violence end up in a much worse place than Patrick Chamusso has, such as the mass graves of Cambodia or Europe or smouldering in a junk pile in New York’s Staten Island, where the rubble from the World Trade Centre towers still sits.

Chamusso, portrayed in Phillip Noyce’s latest firebrand Catch a Fire by American actor Derek Luke, was a hard working young black with a family in Apartheid-era South Africa. Wanting nothing more than to feed his wife and kids and coach a local soccer team, terrorism is as alien to Patrick as the end of segregation is to the rest of the nation.

The struggle Chamusso goes through and the question of whether he was ‘driven’ to terrorism is eerily familiar after the headlines of the last five years, something Noyce was very conscious of. Meeting Xpress in Perth during the promotional tour for the film, he offers a discourse on the damage wrought by western policy in the 21st century and the parallels it draws with those oppressed under the apartheid regime.

“Our grandchildren are going to be fighting this war,” he says, “trying to clean up the mess caused by our attempts to destroy the problem. The first thing they teach you in the military is ‘know your enemy’. That was foremost in my mind because [Catch a Fire] is a story about someone who feels so desperate they think terror is the only way to achieve their ends and prosecute their cause.

“It’s now Muslims versus Christians, it’s become an us versus them struggle when it was a few fanatics trying to make a point who had absolutely no credibility, no basis for the war they thought they were fighting — and now we’ve given them one.”

With such a grim outlook and a theme that seems to be ‘we never learn’, it’s easy to believe Catch a Fire is simply Noyce’s way of telling us history repeats, but he sees an altogether different conclusion. It’s in line with Rabbit Proof Fence and the other films he’s made since returning to Australia to reinvent himself, trying to make himself — in his own words — part of the solution instead of part of the problem.

“It describes this hell on Earth where you feel there’ll never be any solution — as we all felt about apartheid,” he explains. “The hero has the ultimate test, is he able to move on from the past? Patrick Chamusso is an example of how we can all say ‘we’re going to leave the urge for retribution behind and move on’.”

After Chamusso is wrongfully accused of trying to blow up the power plant where he works for the African National Congress (then a group of freedom fighters or terrorists, depending on your politics), he’s taken into custody by quietly brutal antiterrorism agent Nik Vos (Tim Robbins) and tortured before being released.

It’s this treatment that drives Chamusso to leave his family for a Mozambiquian ANC training centre, where he plans to return to South Africa as the terrorist he was accused of being. After his capture trying to bomb the power plant where he used to work and thereby becoming what his self-appointed enemies feared most, the argument that political institutions from apartheid to the war on terror causes more terrorism becomes chillingly potent.

But we meet the real Chamusso during the film’s end credits, a man who’s learnt the most valuable lesson of all — to forgive. It’s a forgiveness Noyce reminds us Chamusso extends to his former adversary Vos, his wife — estranged after the resentment at his abandonment of his family — and that of South Africa as a country towards the racist former regime.

As Noyce says; “If we all followed the example of Patrick Chamusso and South Africa, there’d be a very different tomorrow.”