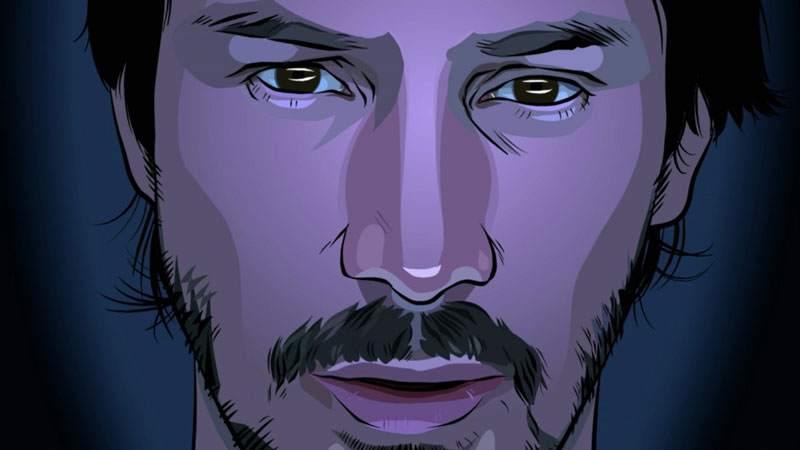 “You’d have to kill me and prop me up in the seat of my car with a smile printed on my face to get me to go near Hollywood.” That’s what Philip K Dick said in 1980 just two years before his death.

Hollywood’s had an enduring love affair with Dick’s work since Blade Runner (1982), but director Ridley Scott admitted he’d never read the novel upon which the film is based (Do Androids Dream of Electric Sheep?) and moviemakers have bastardised Dick’s canon ever since.

Total Recall (1990) and Paycheck (2003) were both over-slick action films with star power that took the kernels of his profound ideas and drowned them in Hollywood politics. And although Steven Spielberg is too good a director to make a bland studio effort, even 2002’s Minority Report was bogged down by the sugary themes of lost childhood that creep into all his work.

Dick might have his best chance at big screen representation in indie auteur Richard Linklater. A Scanner Darkly (Roadshow) looks like it could be the adaptation of Dick’s work we’ve always hoped for from Hollywood.

Linklater’s Waking Life (2001) was stunning in the inventive use of rotoscoped animation (where animators trace the lines of real life footage) to convey the concept of lucid dreaming, a cinematic language he’s applied to the fractured reality of A Scanner Darkly.

It concerns Fred (Keanu Reeves), a federal narcotics agent who uses designer drug Substance D as a cover. One of the effects of Substance D is a split personality, causing Fred to live in the same body as slacker Bob. Narcs like Fred wear suits that hide their true identities so nobody at his command knows his true face, but when he’s ordered to take down the addict Bob, things come undone in Fred’s fractured mind and the world around him.

The medium of cinema is a melding of form and function, the idea and the execution. Dick’s already done half the work — instead of repulping his work into a love story, action thriller or star vehicle, let’s hope Hollywood does him justice this time.