Skip to content
April 21, 2007 in The Sydney Morning Herald See more stories from this title 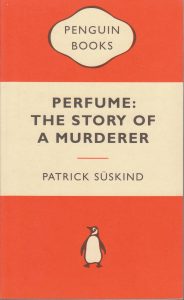 In a film, exposition and description must be enmeshed with action. Before it became one, Suskind’s book needed observe no such constraints and large parts of the book are derailed by too many descriptive lists of colours, smells, tones, textures, rooms, buildings, cities and people. While it’s perfect for the sensual nature of poetry, it does nothing to advance a narrative. He obviously knows his way around the chemistry of 18th century perfume manufacture, but if you’re that keen, Wikipedia’s quicker.

And for a plot that stays mostly intact throughout, we suffer the literary equivalent of a missing reel. The book’s hero — Grenouille — realises the grisly task ahead if he is to capture the ultimate scent (since when did you have to kill someone to smell them?) and Suskind makes a point of telling us Grenouille’s apparent decency stops him at merely killing small animals. We leave him to learn of a series of murders committed, only to return to learn he’s become the murderer ‘off camera’, his previous conviction not to kill forgotten.

Together with a laughable (anti)climax and at least one entire sequence rendered irrelevant, languid writing does not a great novel make.