Skip to content
November 18, 2013 in Video & Filmmaker See more stories from this title 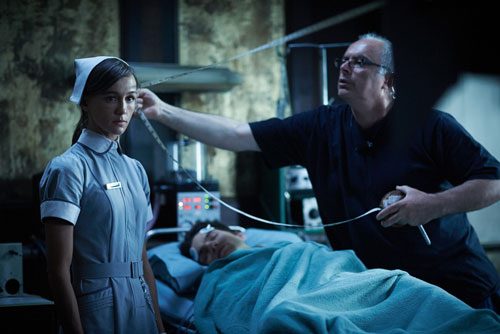 Director Mark Hartley championed the Ozploitation thriller in Not Quite Hollywood, and now he dives deeper into the mire by remaking 1978’s Patrick. Drew Turney spoke to Hartley and his team in Melbourne.

Of the institutions shaping modern cinema – from superhero tentpole films to CG-animated family romps, just two of the defining crazes are the love of cult movies and the seemingly insatiable thirst to remake them.

When it comes to schlocky spaghetti westerns, badly-dubbed martial arts bloodfests and guys-in-rubber-suits monster mashes, we’ve all been swept up by the Tarantino effect – serious cineastes loving (or pretending to love) the products of the grindhouse era. And Hollywood’s cashed in mercilessly, serving up one (mostly asinine) retread of a classic video nasty after another.

Few of us who love movies were aware of Australia’s secret history of camp classics before Tarantino espoused his love for them, making them inherently cool. Before that, movies like Turkey Shoot, Stone, Mad Dog Morgan and The Man From Hong Kong has been forgotten, locked away like an embarrassing relative you have to hide from social gatherings.